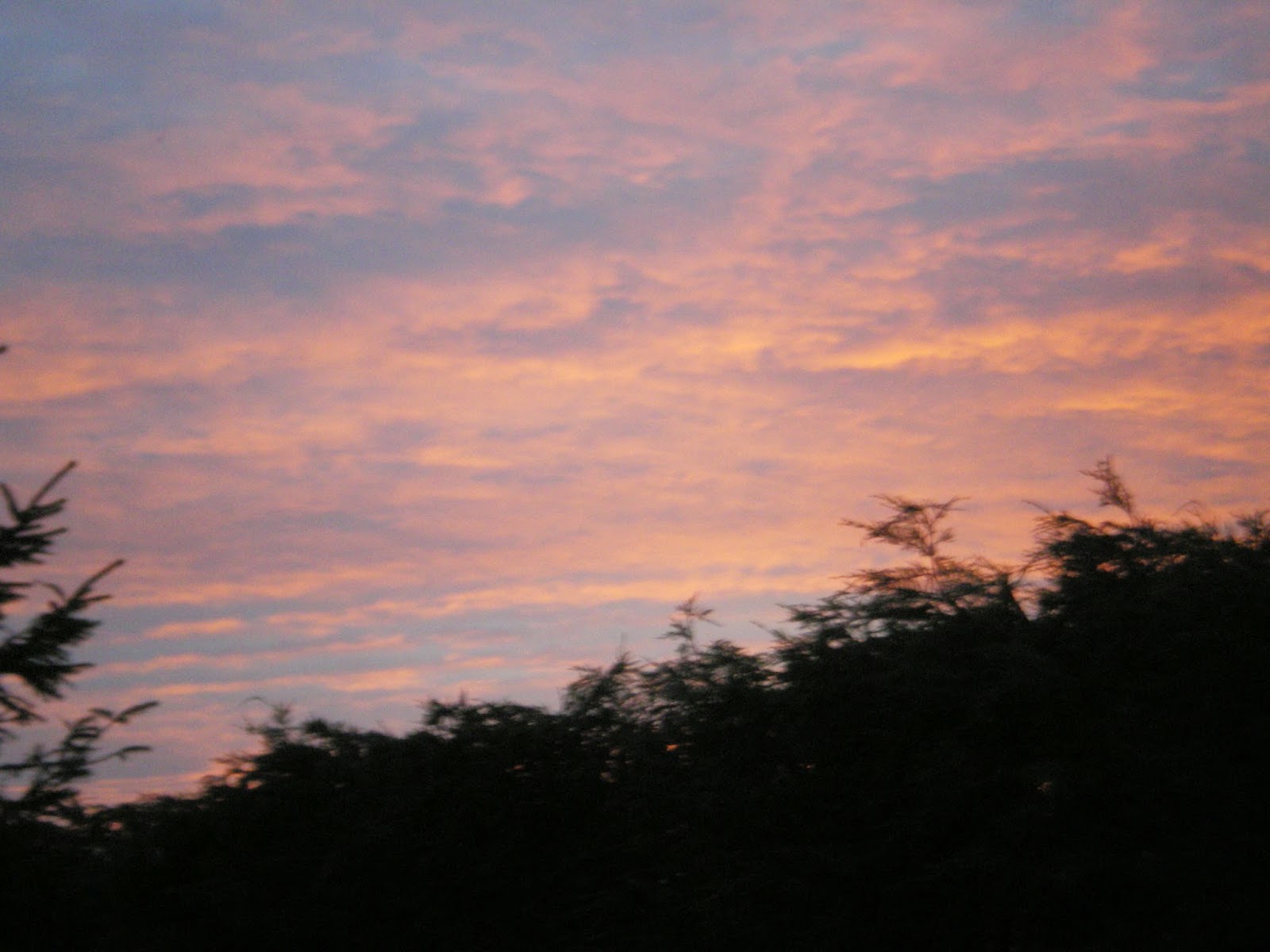 Whether I'm in a shopping mall, supermarket, restaurant, or airport I always pay particular attention to where the toilets are located. Why? Because you never know when nature will call and having been a Girl Guide in the past, I like to be prepared for all eventualities.

Now, I've visited some horrible ones, some palatial ones and some I don't have the words to describe. But, no matter where I've 'spent my penny,' I've had privacy and I've felt under no threat to my personal safety whilst I was going about my business.

However, this isn't the case for many of the female population of India; the young girls and women harvesting the produce that we find in our supermarkets have to find a private spot to defecate and urinate in the fields where they work.

The problem isn't that they have to go out in the open, the problem is that they cannot go safely. Girls as young as eight years old working in the fields are being gang raped and murdered while slipping off to have a private moment. In this developing country as a whole, a rape takes place every twenty-two minutes.

One of the country's governors said ,“Even God cannot prevent rapes.” No, God can't protect the female population from rapists, therefore there has to be human intervention. That's where the government has to please take control, using its laws and education system.


Unfortunately, the government only seems to seeing red when they've been bragging this week about their space programme being the first Asian one to have entered Martian orbit and not that its female population faces violation on a day to day basis.
Posted by Christina Rowell Author at 04:54 No comments:

It's in the Small Print 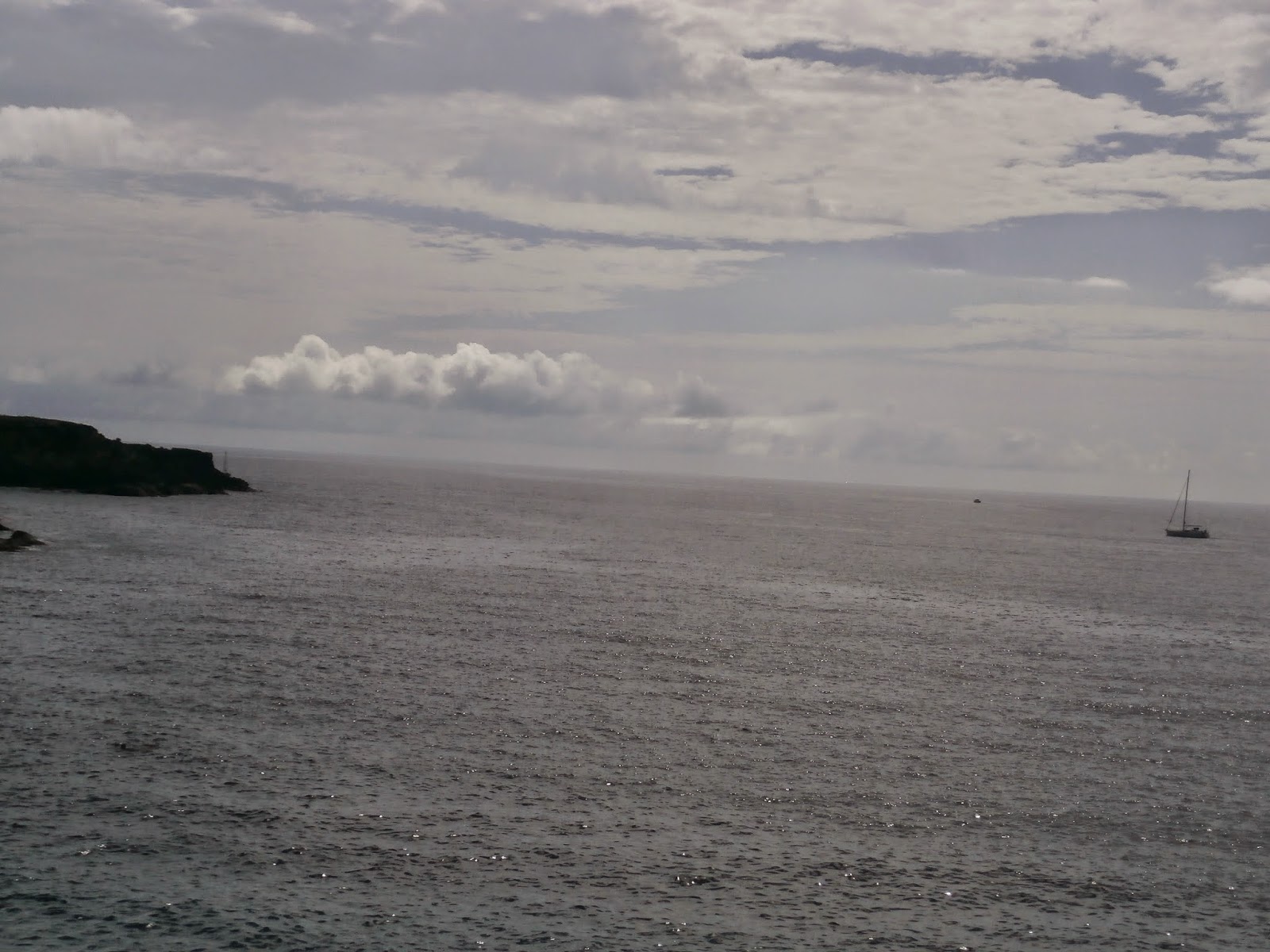 In the next few days, I'll be returning home to Scotland for a few weeks and I'm hoping that I can resolve the technology problems I'm having here, there.

One of my problems that I'm facing here, is that I don't have regular access to the Internet. Result; I haven't managed to do as much work as I would have liked and publishing my blog has been nothing short of a nightmare.

The posts that have been published are courtesy of the free WiFi at the local tennis club and my other work is kept safely in a spiral bound pad, courtesy of my hand and a pen. No virus scanner required.

However from October onwards, the club becomes a hive of activity when the 'Swallows', as the locals call the retirees who come here to enjoy the warm winter sunshine, arrive for normally a six months stay. 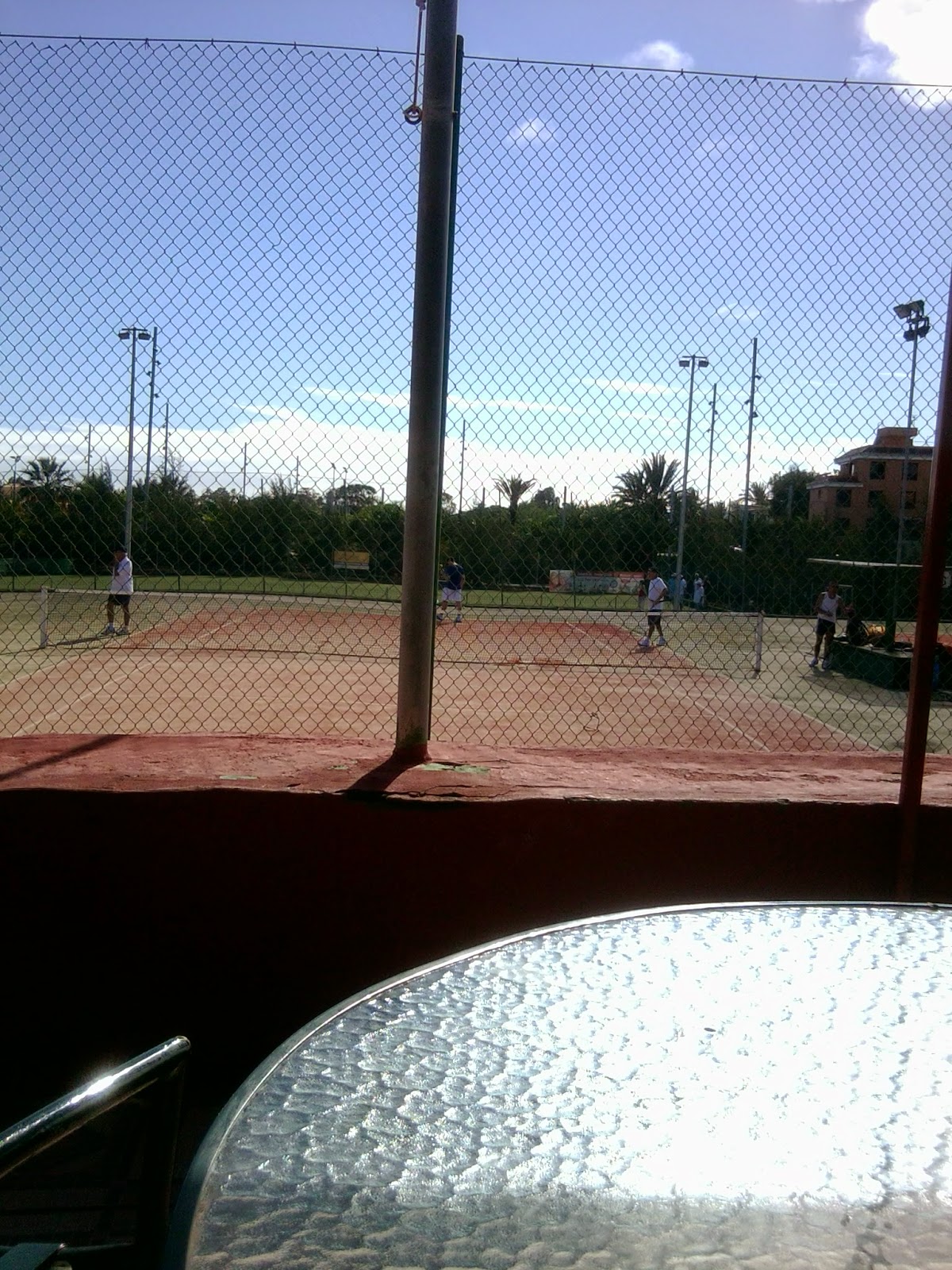 The active sixty pluses take to the courts and there will not be a table to be had at the club; therefore no WiFi. Refusing to become a roving bar fly, I've been searching for an Internet provider in order that I can have it installed in my apartment.

Now armed with the important price lists and broadband speeds, I will try to decipher the small print and pick a suitable company to do business with before my return.

Whether that's realistic, I don't know but I do love the world of fantasy.


Posted by Christina Rowell Author at 03:45 No comments: 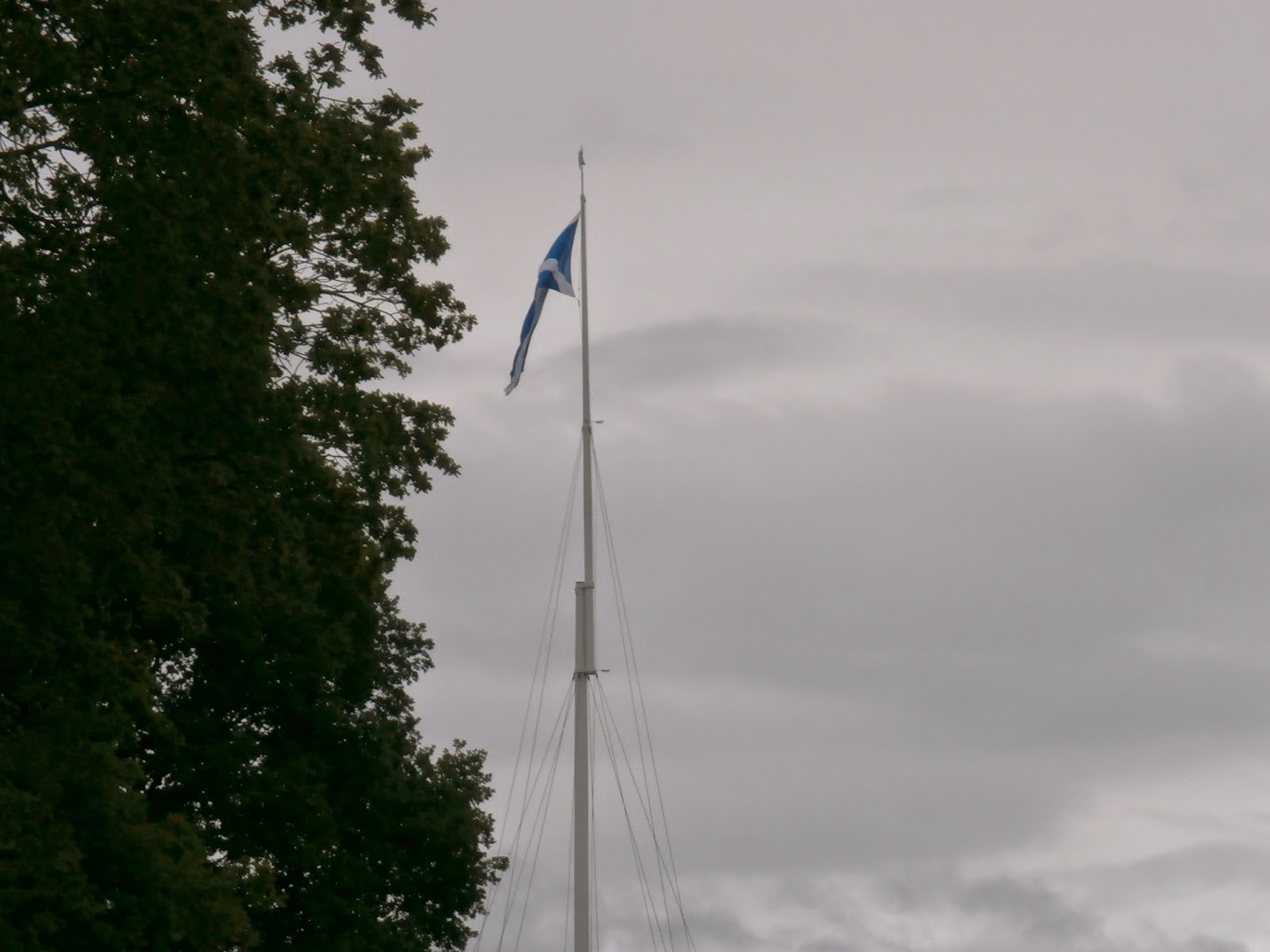 One of the things I hadn't really taken into consideration for my trip away, was the important vote taking place in Scotland yesterday. If I hadn't made my plans so spur of the moment I could have organised a postal vote, but I didn't.

I'm proud to be Scottish, however to have voted for Scotland to become an independent country, I would have been voting with my heart rather than my head.

To leave the United Kingdom, would have opened a real can of worms and how our new country was going to function independently hadn't as far as I could see, been thought through.

I did feel guilty not being able to cast my vote because that's the freedom we have when we live in a democracy. Therefore, when I awoke this morning I gave a sigh of relief, because thankfully 85% of the population went to the polls and today Scotland is still part of the United Kingdom.
Posted by Christina Rowell Author at 06:52 No comments:

With a Little help from my Friends


I can speak enough of the language spoken here, Spanish, to get by on a day to day basis. However over the last few weeks, I've been shopping for furniture for the apartment and I'm afraid home study courses and regular vacations here hasn't equipped me with the vocabulary needed to do lots of the things that I take for granted back in Scotland.

Purchasing everyday items that make up a home is an entirely new ball game. It hasn't taken me long to find out that the wrong pronunciation can make the difference from ordering the wrong sofa to making an inappropriate proposition to the handsome sales-assistant.

Thankfully, I have friends here of many nationalities and their help has been invaluable. Many are incomers to the islands, but having settled here a long time ago they now have a way with the local lingo.

As they say, practise makes perfect, and one of my Canarian friends has agreed with me that from now on it's best that he no longer speaks English to me. So I'm sure his eyebrows will be raised more than once or, twice in the very near future.

Posted by Christina Rowell Author at 05:58 No comments: 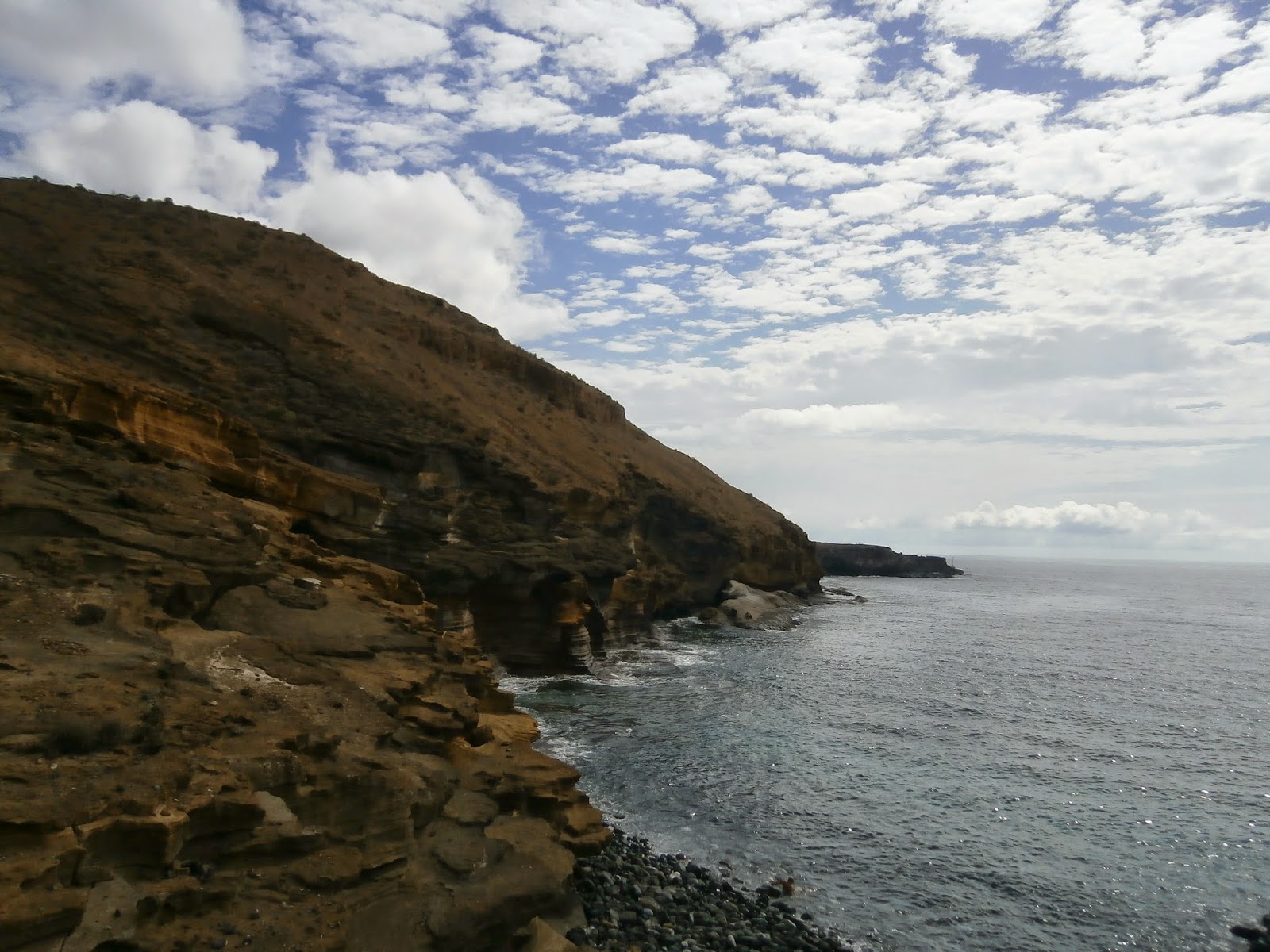 After working for two to three hours yesterday morning, I was gutted when my screen went blank. I have no idea as to what happened, but when I got my tablet back up and running, I had lost all my work, including my blog post.

Steam coming out of my ears, I decided that I needed a little chillax time and I headed for the sea-shore. The sea is around a ten minute walk from my apartment and on my way there I met my friend Margaret, to whom I quickly told about my trials and tribulations of the day so far.

My chat with her did make me feel a little calmer, however I knew that as far as the work I had lost to the unknown, it would be impossible to replace. So, on returning to my apartment it was going to be back to the drawing board.

But, first things first when I returned I had to open all the shutters and windows and let the air circulate as the place now felt like an oven. The last room I went into was my bedroom, I glanced around to see if the small gecko who had been cohabiting with me the last couple of days was around, but he is rather elusive and when he decides that I'm too close for comfort he retreats behind the wardrobe. Not seeing him anywhere I assumed that he was back in his corner.

However, I must have caught him unawares and when I pulled the cord of the shutter my little amigo fell from nowhere and fell straight onto my head. Bouncing onto the top of a cabinet, dropping feet first onto the tiled floor below, he scurried back to his squat. 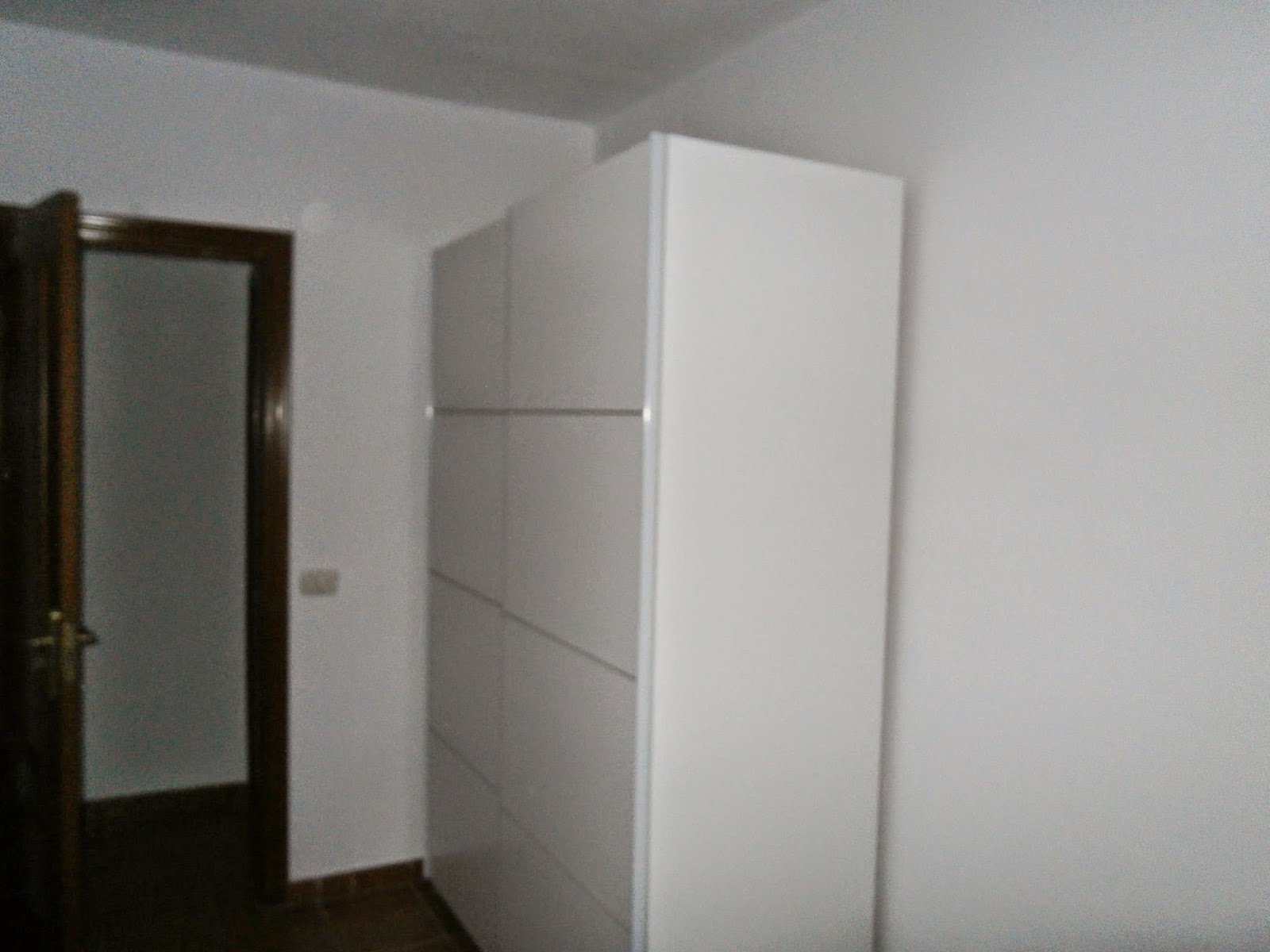 Being concerned for his well-being my worries of the day were suddenly alleviated. Whether I can reproduce all of my lost work I have no idea, but at least meeting my room-mate made my problems seem trivial.


Posted by Christina Rowell Author at 06:01 No comments:

The Rest of their Lives 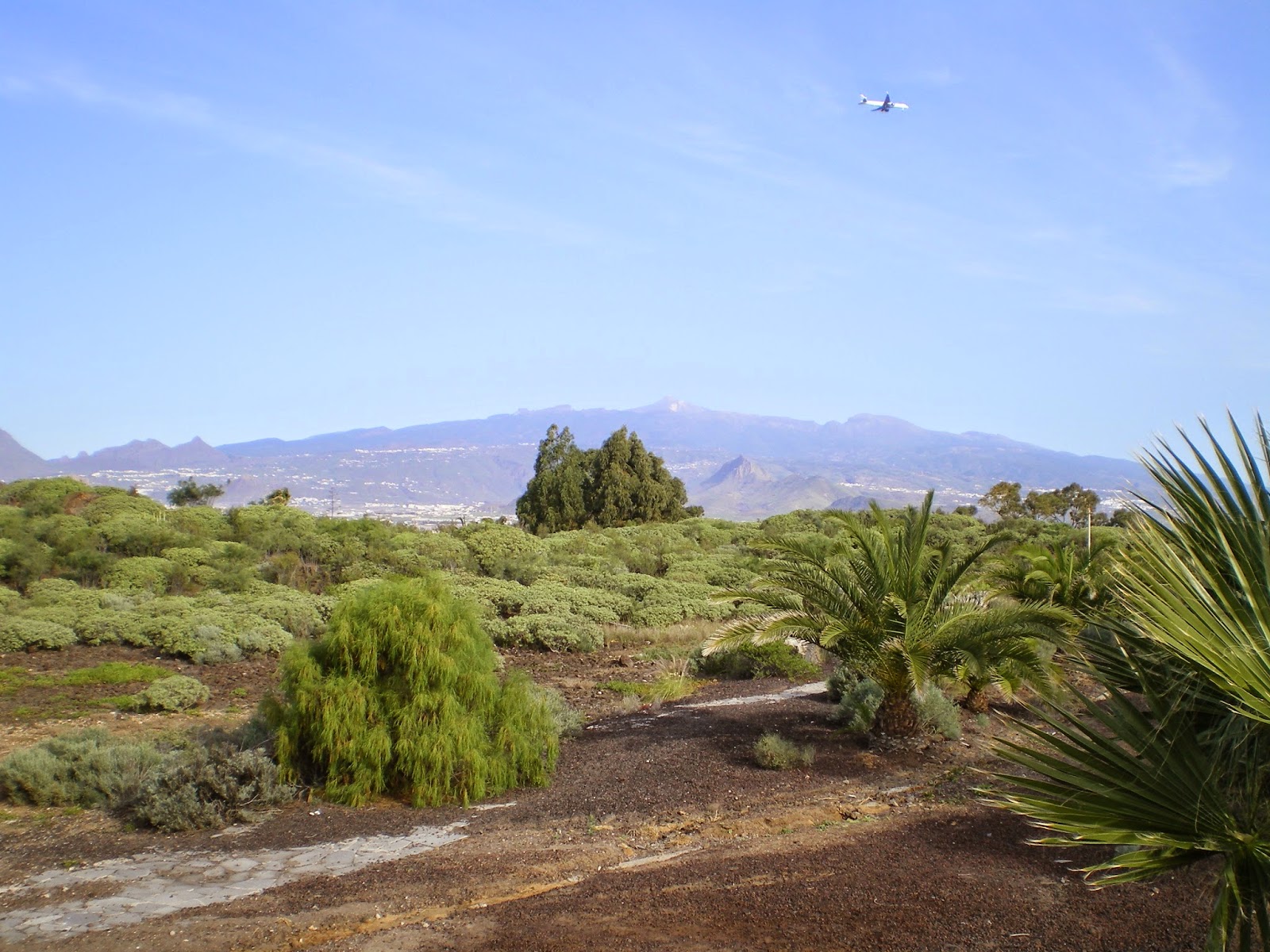 Since arriving here in Tenerife, each morning when the sun starts to rise over the mountain that I can see from my apartment I slip on my walking shoes.

At eight o'clock in the morning normally the only people walking around are those trying to get there daily dose of exercise just as I'm doing, or workers setting off to their jobs.

The climate here compared to that back in Scotland encourages you to get out and about early and late in the day, both being the cooler times.

This morning however was a little different and that was because it's time for the kids to go back to school following their long summer break. The bus stops that are dotted along my habitual route were heaving with children and parents. Some chatted, some laughed and when the Canarians are excited they are very, very noisy, no matter what age they are.

The over-sized school bags on the backs of the smaller children and the look of trepidation on the faces of the adults that accompanied them, made it obvious as to which of the youngsters were embarking on their first ever school day.

For them their world was about to change and what they learn from this day forward will hopefully help prepare them further for the rest of their lives.
Posted by Christina Rowell Author at 06:26 No comments:

Money for Nothing, Books are Free

The sky is an azure blue and the clouds that are around today, resemble white candyfloss. It's one of those days that makes you thank God for being alive.

My friend Margaret called me last night and I arranged to meet up with her this morning to visit the local market.

We met up close by to her home and the walk from her house to the market was blistering hot, with only a few palm trees here and there for shelter.

There are a mixed assortment of stalls, selling anything and everything from bric-a-brac, garden-hoses to brassieres. The one that I make a beeline for, is the one that is every inch a mini bookstore.

The shelves are stacked high with hardbacks and paperbacks in English, French, German and Spanish. Some of them have seen better days, and are now bound together with sticky tape. Dog-eared pages with remnants of sun-tan oil smears on the pages, make me wonder as to whether surgical gloves would be better worn by any purchaser when reading.

The stallholder informs me that I can buy two books for one euro, a bargain, a steal. Yes, a bargain for the reader, a profit for the vendor and the steal is that the author will receive no money, or recognition for their hard work. Because, these stalls are giving our books away for free.

Posted by Christina Rowell Author at 06:35 No comments:

Things That Go Bump In the Night

Having never lived in an apartment before, I'm finding living in such close confines with complete strangers takes a little getting use to. The coughs from the guy through the wall first thing in the morning makes me want to tell him when I see him, to call for an appointment with the doctor.

The late hours that the teenager with the pink hair two floors above keeps, I know must be worrying her parents and the dog that belongs to one of the apartments on the landing above, has the annoying habit of starting to bark just when I've managed to drop off to sleep.

But, what do my neighbours think of their new foreign neighbour? Maybe they describe me as the woman who is constantly perspiring when they meet her. Because the thirty plus degrees outside temperature, is also something that I'm having to get use to.

Apartment living is all about live and let live, I've found out in the last week. The only thing that I'm not so keen on, is the occasional bump in the night of which has no reasonable explanation.
Posted by Christina Rowell Author at 06:24 No comments: