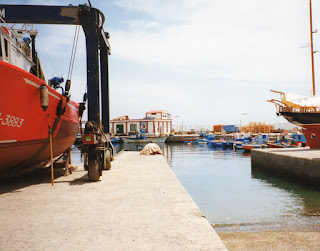 A new year has begun somewhere in the world and it's nearing the time to say goodbye to 2018 where I am. One thing that I'm itching to do from day one of 2019 is to get back into my writing chair. I can't literally sit in the chair, as it is inside a container which is being stored in a warehouse after having sailed the Atlantic Ocean, along with all my other worldly goods. So any old chair will have to do at present.

However, deciding to move lock, stock and barrel 3000 miles away has disrupted my life somewhat and it has been impossible to spend time writing. The container isn't too far from it's destination, but I am and I won't be travelling for another couple of weeks. Therefore, I will have to wait a little longer before my butt settles into that comfortable upholstery once again.

I've had many a sleepless night since we made the decision to move. Mingled in amongst the stress that I've felt is an overwhelming feeling of excitement. Last night was one of those nights that I tossed and turned. Thoughts of all kinds racing round and round inside my head. Thinking I was awake when I was actually sleeping.

Not knowing what the future holds is part of being human, we are expected to tackle and cope with all those curved balls that come our way. Easier said than done. We are all the protagonists in our own book.  As each chapter starts and with every turn of the page our story can move in any direction, through the decisions we make, or the actions we take. Someone can enter, or leave our lives, altering the path we were taking in an instant.

Of course, we too have an impact on the lives of others, as the old movie, It's A Wonderful Life, illustrated perfectly. Yeah, it can be a little scary that sometimes we don't have full control of our destiny, because of others. Therefore, as my new chapter starts I'm trying to stick tight to the outline I've mapped out inside my head. Never, trusting an outline for a story to memory I have notes jotted down in a little, blue, notebook too. Belt and braces.

Whatever, your new chapter holds for 2019, I wish you peace, love and strength for the pages you are about to have written in your life.

Posted by Christina Rowell Author at 07:34 No comments: 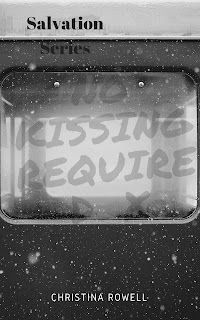 I will have an Author Spotlight post at the end of this month featuring another fabulous author. However, today I'm wanting to share with you the new covers of the two books in my own, Salvation Series.

My contract ran out recently for the ebook distribution of my work through my publisher, Featherweight Press and I had to make the big decision of trying to find another publisher or self-publish.

I have already self-published a small collection of my poetry and therefore I thought I'd have a go at doing the same with my original babies. 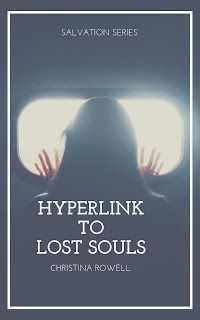 Posted by Christina Rowell Author at 03:18 No comments: 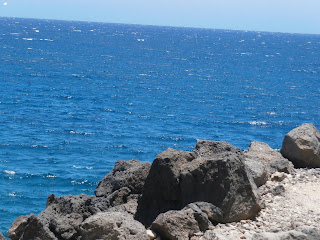 We view so much via social media, that sometimes we don't embrace ourselves for who we really are. Here are some random thoughts for every day. 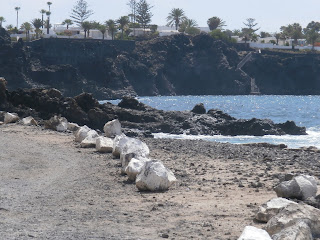 I walk along the coast.
No one sees the stoney path in front of me as I do

I look towards the sea
No one sees the clear, azul blue water as I do

The mountains in front of me, fill my whole being with awe
No one admires them as I do

He kisses me
No one tastes his lips as I do

I think about my whole life, past, present, highs and lows
And what the future may hold
No one else can do this as I do

No one can do anything as another can
Because we are all unique, human beings
This you can believe in as I do 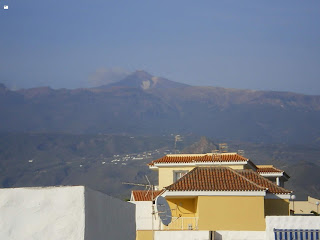 Posted by Christina Rowell Author at 00:52 No comments:

The Killing of the Thousand and Second Night Chapter 5 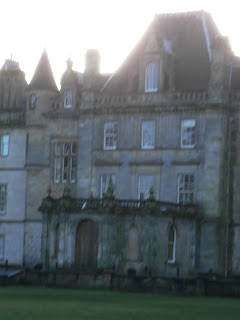 Here is another chapter of my unpublished novel.
CHAPTER FIVE

Posted by Christina Rowell Author at 01:27 No comments: 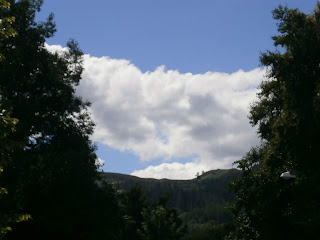 Perthshire in Scotland is one of my most favourite places to visit. It doesn't matter what time of year I visit, the hills, rivers, quaint towns and villages capture my heart.

Many of the towns and villages are reminiscent of a scene from the old movie, Brigadoon and sitting in a cafe, or park on a summers day a writers imagination can run riot. 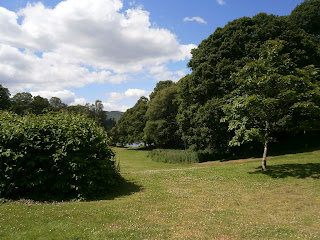 I personally try to imagine what it was like to be a woman living there a hundred years or so ago. Education would have had to done at home and opportunities to be anything other than a mother and a homemaker were limited.

On my travels I'm always on the lookout for female role models who didn't allow their sex to hold them back and recently I found someone who really did do it for the girls in the early twentieth century. Her name was, Victoria Drummond, born in Perthshire in 1894. 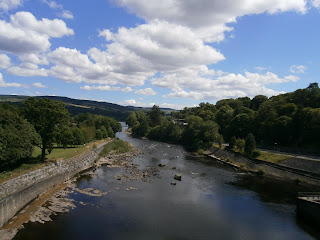 The god-daughter of Queen Victoria was like other girls at that time and was educated at home, however, she did show an interest in marine engineering and went onto college to study in this.

The First World war opened up opportunities for women and by 1920 Victoria was at sea. She travelled the World, but life wasn't always plain sailing and her attempts to become the first woman marine engineer in the UK were constantly thwarted.

A determined Victoria never gave up and finally after 37 attempts she passed her chief engineers examination. Times were hard during the depression and it wasn't until after the Second World War that Victoria found herself back at sea.

Her ship the SS. Bonita came under attack in the mid-Atlantic in the 1940's and Victoria's bravery was recognised. She received both an MBE and Lloyd's War Medal for bravery at sea. 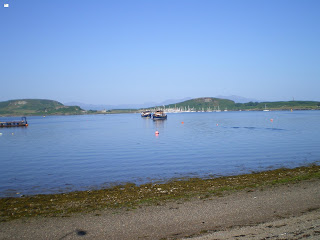 Not bad for a wee Scottish lassie.
Posted by Christina Rowell Author at 00:18 No comments: 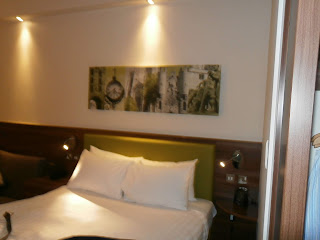 I don't know if it's because I have been making lots of visits to the dentist recently but, I started to think about back when I was a kid and one of my milk teeth fell out. Like most children in the western world I believed that the Tooth Fairy would visit me during the night if I placed a recently lost tooth below my pillow.

The thing was one night she forgot her magical dust and I woke up just as my tooth was being slipped from underneath my pillow. The only problem was on this final visit,  the Tooth Fairy had been substituted by my mother. I was devastated, my magical world was blown apart. I instantly realised that Santa Claus too was a myth. Two gut-wrenching revelations in one day.

Alas, many good stories do come to an end. Especially this one, because you no longer receive a silver coin for your loss, only a hefty dental bill.


That is the fun about fairies and fairy-like people, you know, Santa Claus or the Easter Bunny or the Tooth Fairy wouldn't be half so much fun if they were like we are. they can do all sorts of things that we never could!

Louise Price Bell "There is a Santa Claus" 1935
Posted by Christina Rowell Author at 01:34 No comments: 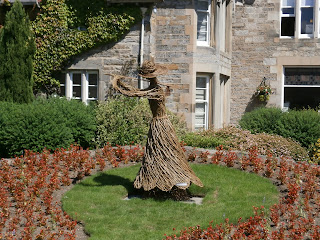 There are so many women in history who have fought for equality for children and women in society. A fight that still goes on and as to how long the fight will go on there is definitely no answer in sight. The old phrase, "How long is a piece of string?" comes to mind.

All advocates for the under-represented can do is keep fighting and take lead from those in the past who did just that.

There are three women all born in the 19th century who I think are great examples of women showing the way in science, a field in which women are still inadequately represented and I want to tell you about them today. 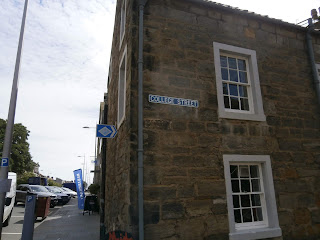 First up, is Dame Maria Gordon 1864-1939 a Scottish geologist born in Aberdeenshire was the first woman to receive a Dr of Science from the University of London and the first woman to be awarded a PhD from the University of Munich. She is noted for the work she did in the Dolomites, North-eastern Italy which is now a UNESCO World Heritage site. If trekking the Alps wasn't enough she was also a mother and a campaigner for equality for children and women.

The second woman is also a Scot and her name is, Williamina Fleming 1857-1911. Williamina an astrologer discovered the Horsehead Nebula in the constellation Orion in the late 19th century. She promoted women in science on both sides of the Atlantic and gave a talk at 1893, World Fair, in Chicago on, "A Field for Woman's Work in Astronomy."

Posted by Christina Rowell Author at 01:03 No comments:

Books are for Always

On August 9th it's, National Book Lover's Day and if you are looking for a good book for your teenager or yourself to take on vacation, I've put together a great bunch of multiple genre authors for you to choose from.

Wanting to know a little more about their books and them? Well, there is no need to look any further, they have all featured in my blog at some time or another and since featuring some have new titles to browse through over on their own websites. Happy reading friends. 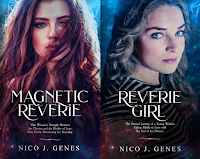 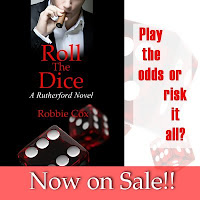 Remember books aren't just for vacation they're for always!


Posted by Christina Rowell Author at 14:57 No comments: