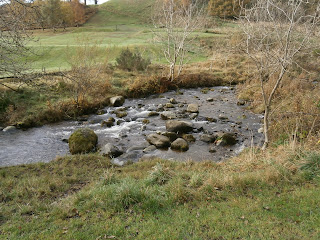 The route carefully follows the water's edge
No diversions, choices, obstacles to cause us to falter on our way
How different from life's path

Posted by Christina Rowell Author at 06:27 No comments: 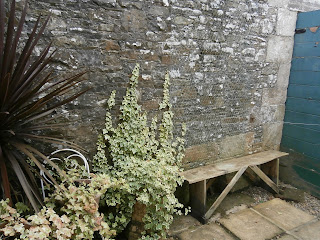 I've nearly finished a manuscript I've been working on for some time, but I'm a little undecided as to the ending. I have two, and while I mull over which way to go I've decided to take a step back from this piece for a few weeks.

Now, I'm not about to sit back and relax, because I've got a manuscript I completed many years ago which I'm about to edit and dissect carefully. Although I did have a publisher who wanted to publish it, I neither liked the terms they were offering, or felt once I did some background research on them that they were someone I could happily work with.

Yes, as they were the only interested party I was very tempted, however I had to be true to me and turning it down was never something I regretted. I was tempted to make all the sheets of paper into paper aeroplanes but I did the next best thing, bound up the file and stored it away.

I know much more now than I did back then about writing (hopefully), and I think there is no better time than now to look at it with a fresh pair of eyes.

Posted by Christina Rowell Author at 03:35 No comments:

It's the 21st-century, Gentlemen. 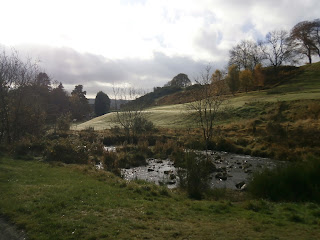 Yesterday, May 22nd was the anniversary of Sir Arthur Conan Doyle's birthday and his loved stories take us back into a time that was dark and sinister. A hound roaming moors, unexplained dancing men, opium dens and gentlemen's clubs all feature in his work.

While we know that many of the above said scenarios are pure fantasy, one which is not fantasy and I want to highlight 157-years on, are gentlemen's clubs. There is one particular club that has came to the forefront in Scotland and the golfing world in the last week, Muirfield Golf Club, Edinburgh, whose membership voted against the inclusion of women in their club.

The course has hosted, the Open Championship and great players such as Jack Nicklaus and Gary Player have both won the championship there. Their outdated attitude, has in turn lost them the right at present and in the near future to host the Open Championship, rightly so. What in the 21st-century spooks this elite bunch of male golfers into not wanting ladies in their gentlemen only club?

Well, it has been quoted in the media that some members believe that it will endanger, speedy play and foursomes, as well as the female species inability to play as well as their male counterpart. Has none of these 'gentlemen' never heard of, Annika Sorenstam? 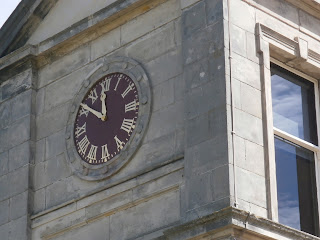 Gentlemen, wake-up, come out of hibernation, it's the 21st-century.


Disclaimer:
Please note the pictures included are not Muirfield Golf Club and are my own stock photographs.
Posted by Christina Rowell Author at 06:25 2 comments: 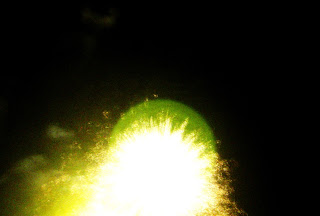 Today is no different from yesterday other than I am another year older. It is not a day to be sad, but a day to be thankful that I can celebrate the life I've had. Tomorrow though will be a little different from today, because today is my birthday.
Posted by Christina Rowell Author at 13:13 No comments: 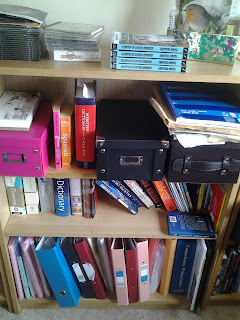 Writing anything of substance has been difficult over the last few weeks, as I've been moving home. Yawn! Yes, I've told you this before.

I've been living in my new home for over a week now and trying to get the whole house into some kind of order should be my priority. However, being a writer I'm a little biased and  the number one room on my priority list, is my office.

Initially I had some Internet problems. Okay,  maybe I should rephrase that and admit I couldn't remember which box I had packed the modem in, the good news is I did eventually find it. So, Internet problem solved.

Today , my bookcases have been put in situ and I've started to fill the shelves with some of my beloved books, dictionaries, bibles , and manuscripts. Hooray! I can start to work in ernest. Oh! I forgot my new desk hasn't arrived yet. C'est la vie, life isn't perfect.

Posted by Christina Rowell Author at 09:43 No comments:

A Visit from Stanley

When I was a kid, which wasn't yesterday; I took part in a school project which encouraged us to have penfriends. It was a way not only  to get us writing, but to communicate with our peers throughout the world. We exchanged photographs, little snippets about our daily lives, our culture and if you were interested in collecting stamps it was great.

I corresponded with two girls in New Zealand, both lived on sheep farms. and they sent me photographs of the sheep and little cuttings of fleece, which as a ten-year-old really grabbed my attention. One girl I found a little more interesting than the other because she was indigenous, something I knew nothing about and found fascinating. I found myself eager to receive her letters each month. Sadly though, I think she didn't find me so engaging as she stopped writing and I filed my memories of my oversea's friends away.

However, when a relative of mine received a 'Flat Stanley' in the mail from Florida  last week, my memories of my penfriends came flooding back.
He was given VIP treatment and in a very short space of time, Stanley along with his new amigo had in one day visited more tourist hotspots than many of the locals have. The wonderful thing about Stanley's visit was that adults and children alike were keen to join in the fun and have their photographs taken with him, a pleasurable visit by Stanley indeed. 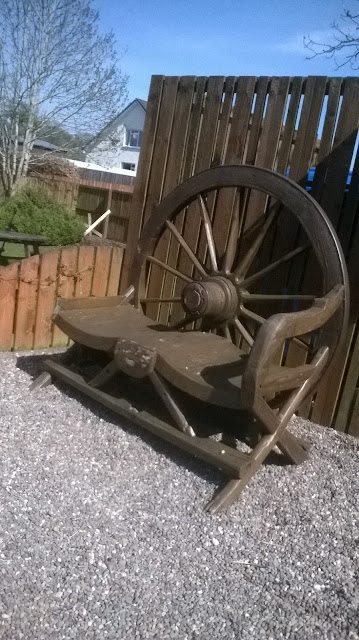 I got the key's to my new home last Friday and over the weekend it was time  to roll up my sleeves, remove the tired old floor coverings and wash down the paintwork before the decorators moved in on Monday.

The house itself is around 100-years-old and although through the years modernisation has taken place there are still remnants of its original charm in tact. There are also hints of the age group of some of the previous occupants hidden away in little nooks and crannies.

One gem I came across is within a cupboard in the main bedroom, written in childish handwriting in faded, red ink, was a list titled, 'Rules for undying love.'

Rule 1  : First you need to find a cute boy and attract his attention.
Rule 2  : If he isn't interested, remember there are plenty of other boys.
Rule 3  : He needs to think you are special and takes no notice of other girls.

If all the above rules are met, you will have undying love.

I couldn't help but think of, Megan Trainor's hit, 'Dear future husband', when I read this and thought how wonderful innocence is.
Posted by Christina Rowell Author at 08:38 No comments: