If you've ever visited the Mediterranean island of Cyprus, it's hard to believe that hostilities took place there. Unless you visit Nicosia, the island's largest city which still bears some scars of the heavy fighting there, it's unlikely that you would notice that this warm and friendly land has had its problems.

Nicosia is the whole of the island's capital, however it is split into two zones. The south being governed by the Republic of Cyprus whilst the north is known to Turkey and only Turkey, as the capital of the Turkish Republic of Northern Cyprus.

A buffer zone patrolled by a UN Peacekeeping Force maintains peace and security in the region, amongst the Greek Cypriots and Turkish Cypriots, through a ceasefire that was agreed forty years ago this month.


When I think about some of the conflicts that are taking place today, I hope that like the governments in Cyprus and Turkey they will allow their people to have normality reinstated in their lives soon, whilst talks take place.

There is so much to see and to enjoy in this country. With its colourful history, architecture and succulent food to sample, it's a pure Mediterranean treasure.
Posted by Christina Rowell Author at 05:28 No comments: 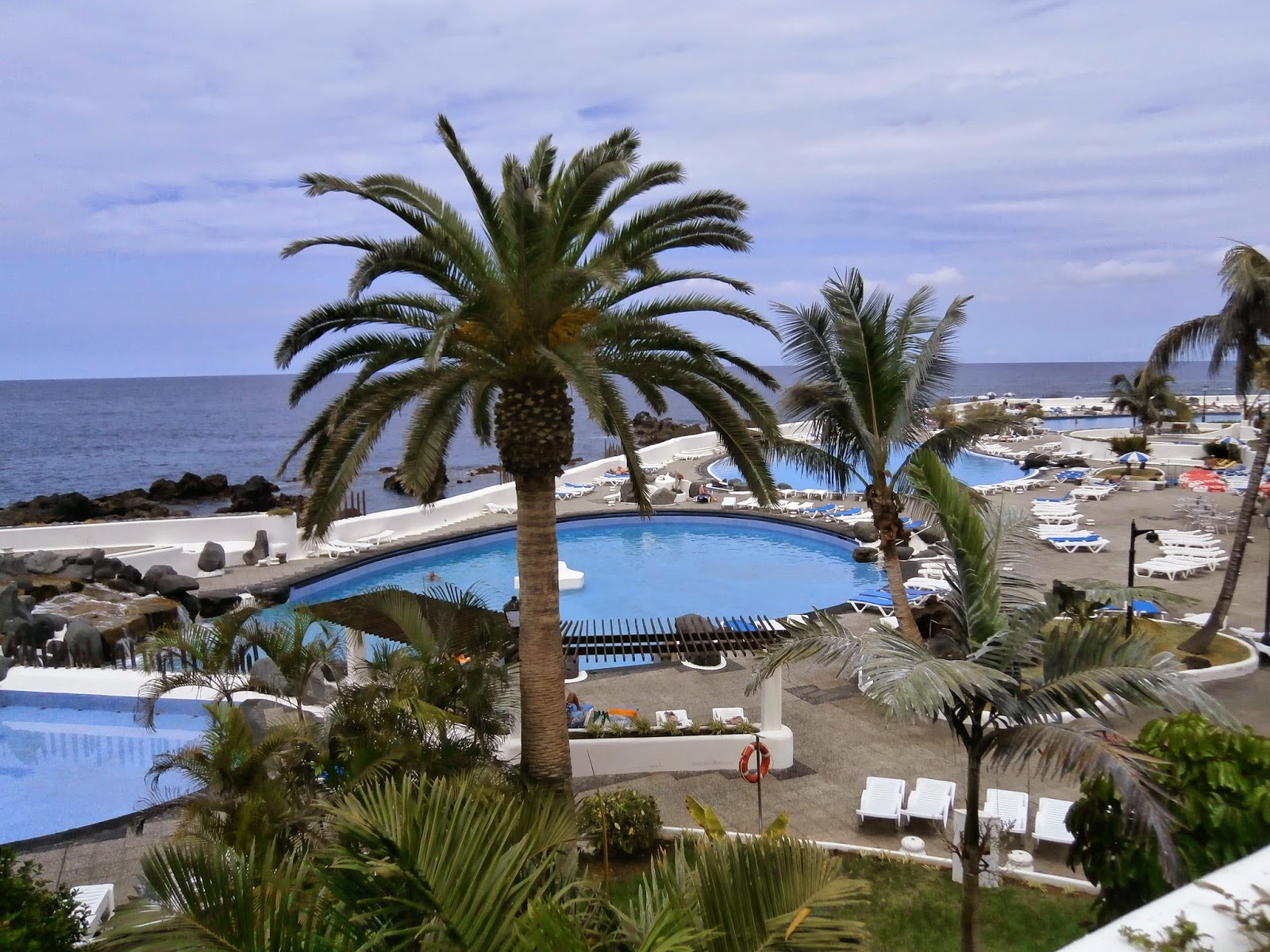 With airlines now placing tight weight restrictions on travellers luggage, gone are the days we can pack four, or five, four hundred page paperbacks to read while we're on vacation.

However since the arrival of eReaders and the wonderful choice of eBooks available, we can take as many books we want along with us. 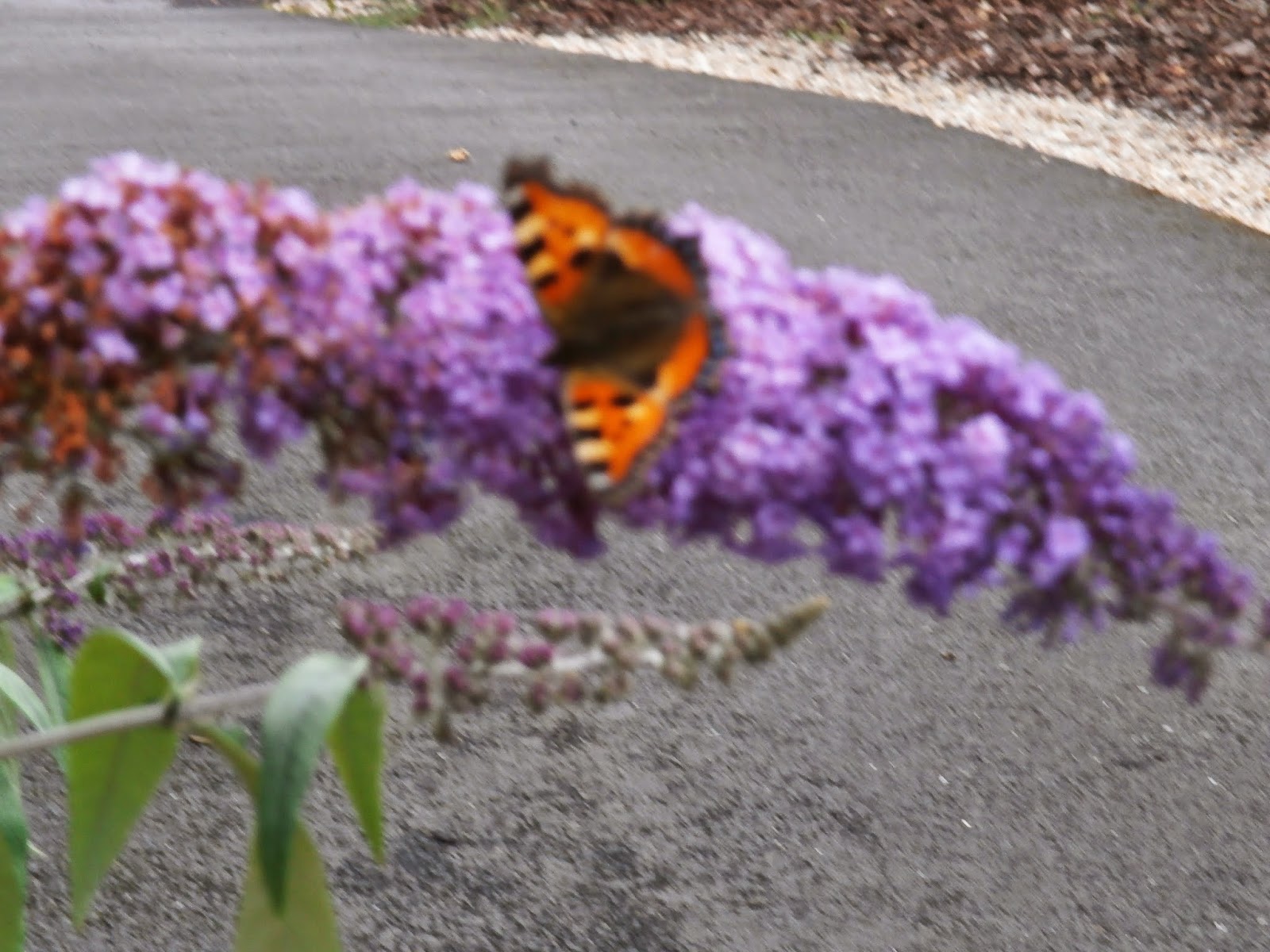 I'm a bit of a literary butterfly while I'm on holiday, as my brain in relaxation mode likes to flit from book to book. Therefore, I make sure I download my Kindle with novellas and compilations, including those written by classical authors.

I have a collection of works written by Edgar Allan Poe, Charles Dickens, Sir Arthur Conan Doyle, Louisa May Alcott and Mark Twain. What will take my fancy? Who knows, but wherever I start I'll be able to nourish my mind with words from the masters. 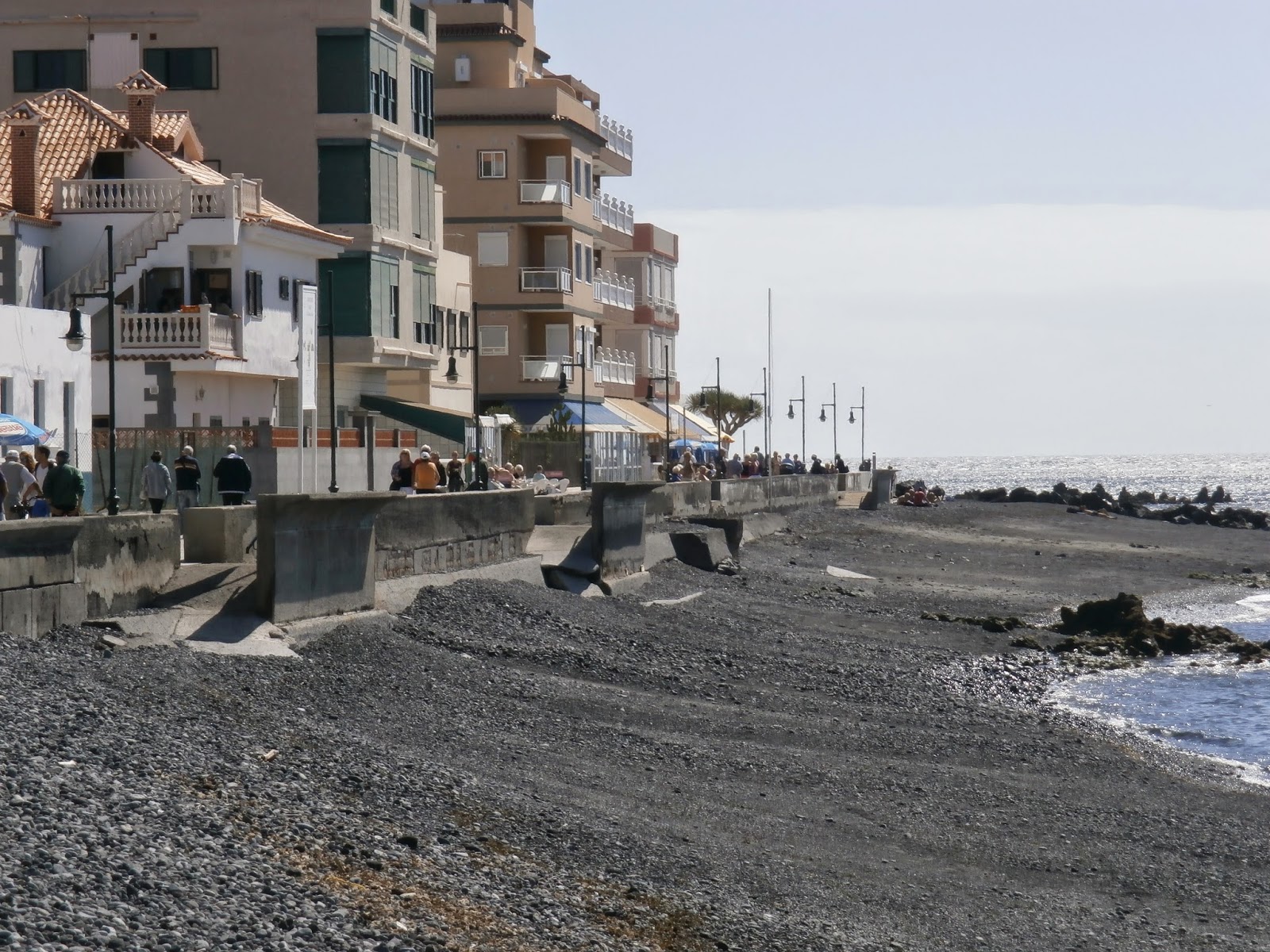 The Devil is in the Detail


Good versus evil plays a big part in what I write and this includes the whole Heaven and Hell thing. Therefore, the decision made by the Church of England to offer an alternative baptism service, that makes it optional to 'repent sins and reject the Devil' I found fascinating.

Some within the church believe that certain teachings within Christianity are outdated, there is a need to engage with the congregations now and the future, in language that is uncomplicated. But, let's give their target assemblage, children, youths and young adults respect and realise that they more than ever recognise the difference between mythological and supernatural beings.

Religion is a personal choice and I'm not convinced that changing words will necessarily have the desired outcome which is to attract more parishioners. The question I'm asking myself, 'Is editing out the Devil on this occasion the correct thing to do?'

Posted by Christina Rowell Author at 05:12 No comments:

The sonic boom of jet-aircraft flying overhead, reverberates along the valley as they leave their Scottish base.


The attention of the tourists walking along the main road, is momentarily interrupted, as  they raise their eyes towards the blue summer sky, to try and identify what's causing this unexpected noise.  They only catch a fleeting glance of the two Royal Air Force crafts passing overhead, before they can once again immerse themselves in the picture perfect surroundings and  absorb the Victorian beauty that Pitlochry has to offer. 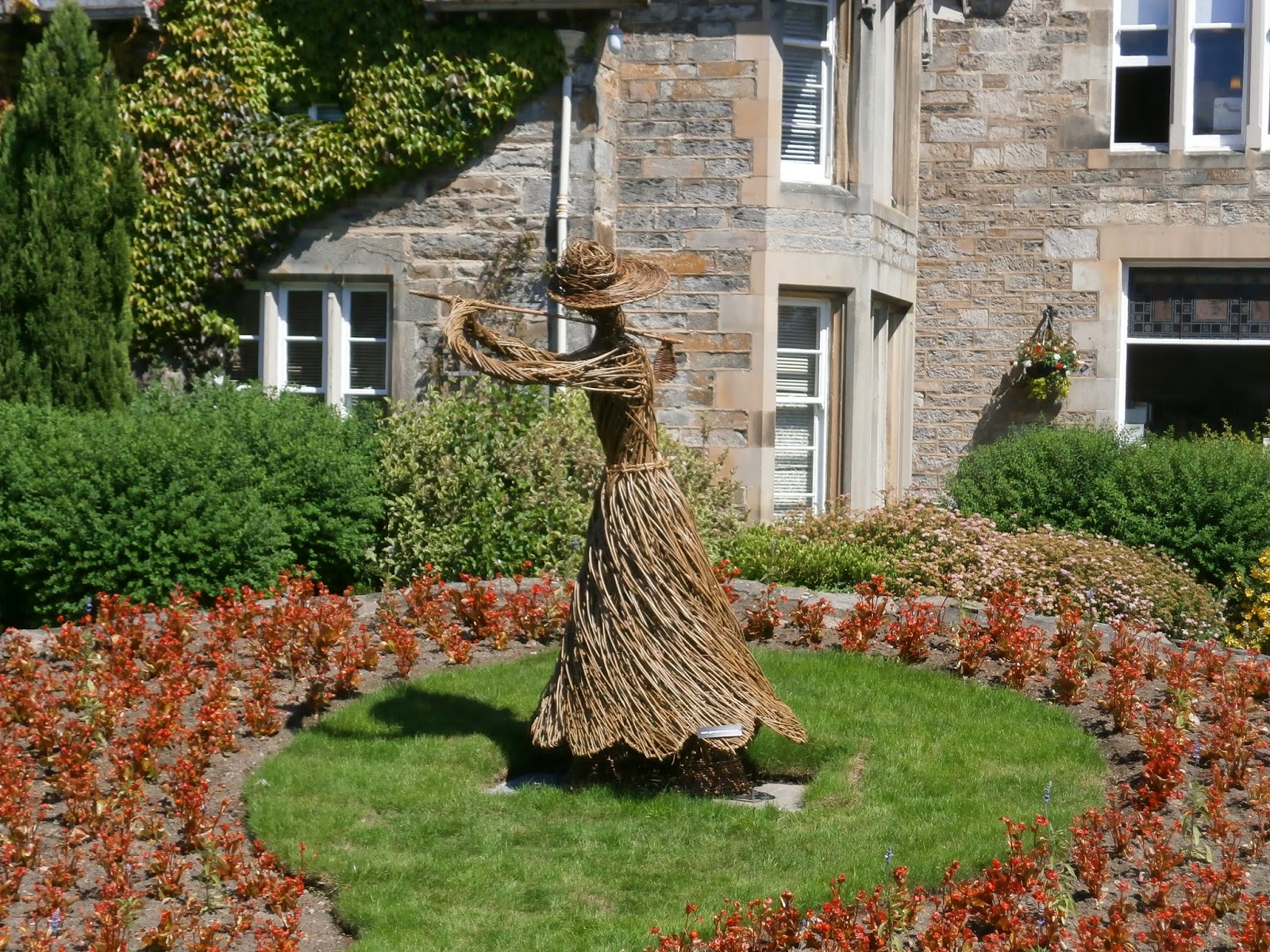 Outside the library the wicker female golfer swings her club amid the pretty flower bed, only one of the beautiful displays that fill this town in the Highlands.


Stopping at a sign-post, I choose to follow the sign that leads me to Port-Na-Crag. At the end of the steep path I step onto the suspension footbridge that replaced the ferry in 1913, as a means to cross the River Tummel. However, the gentle swaying makes me feel rather uneasy and I decide against carrying on. The flowing water below adds to my insecurity and I only want to be suspended mid-air long enough to take a couple of panoramic photographs.


Upstream from the bridge I could see the dam and hydro power station, which is my next stop. Built in post World War ll , it was feared that this man made water collection point would hamper the journey of the thousands of fresh-water salmon who travel this course each year to breed.


But, taking this wonderful feat of nature into consideration, the design incorporates a fish ladder, which allows them to leap onward, as they have always done.


Taking a shortcut back from the dam through the railway station, I pause on the non-swaying footbridge to take a few more snaps. Looking around from this unlikely vantage point, I wondered as to how much the local area had changed since the railway first brought visitors, including Queen Victoria here 150 years ago.

Things will have altered for sure, however when the passengers alight now they too will be delighted by  the town that has remained small but perfectly formed.
Posted by Christina Rowell Author at 00:02 No comments:

The Power of the Word 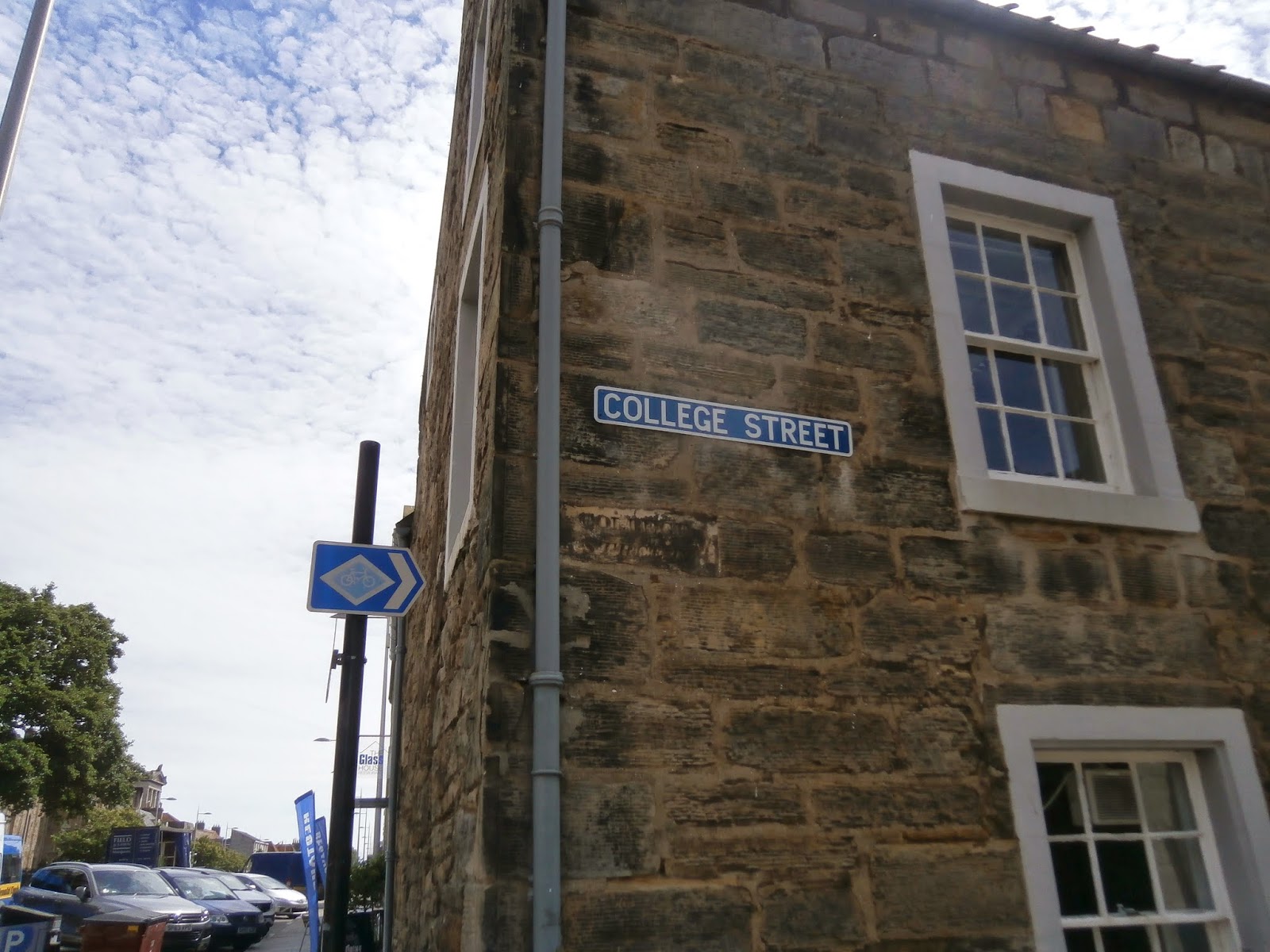 I read with interest over the weekend that a school in London is looking to replace teachers with computers in some day to day lessons. The academy school which hopes to have things in place by 2016, believes this is the way forward in teaching. I know it has been already tried in the USA, and with a certain amount of success, however I do have a few reservations.

The lack of human interaction, whether it be simply in the form of encouraging a students progress, answering a child's questions which enables learning, or generally maintaining discipline within the classroom situation, are just three of them.

Of course, I believe in the power of the written word and the findings of a recent study found that children respond better to instructions if they're written down, so it's possible that my hesitancy to accept the idea is unfounded.

Therefore, the picture I have in my mind's eye of an android teacher, a type of Stepford teacher, teaching class is maybe a number of years off and using computers is right up the next generations street.
Posted by Christina Rowell Author at 07:17 No comments:

Sitting on the west banks of the River Tay, the longest river in Scotland, is the ' Fair City' of Perth. So known after, the publication of Sir Walter Scott's novel, 'The Fair Maid of Perth', in 1828.

This week I made the 45 mile trip north, to have a look around. I was employed in the city's Scott Street for around a year and I was eager to see what had changed in the thirteen years since leaving my employment.


After parking the car, I decided to go for lunch and walking by the Salutation Hotel, I couldn't help but smile when I looked at the two ornamental pipers standing guard over the entrance. It's unlikely that they've been there since the hotel first welcomed its guests back in 1699, however they did look a little tired.

Following lunch I made my way to the AK Bell Library in York Place, it's just the place to settle down with a good book such as Scott's, or familiarise yourself with the city's fascinating history.

Trading with France in medieval times, in items such as fine silk, linen, leather, wine and whisky made the city affluent. Albeit that this business has long ceased, the impressive buildings that can be seen all over the city demonstrate its rich past.

It has also played a significant part in the history of Scotland, as a Royal Burgh it has hosted the coronations of the Kings and Queens of Scotland; the ceremonies taking place at nearby Scone Palace.

Although, for one King, James 1 of Scotland, his visit was not welcoming and whilst lodging in Perth's Blackfriars Monastery in 1437 he was unfortunately assassinated.

By the end of the day my feet were weary, but I didn't mind because I had a lovely visit and I hope not to leave it so long before I return.
Posted by Christina Rowell Author at 07:13 No comments: