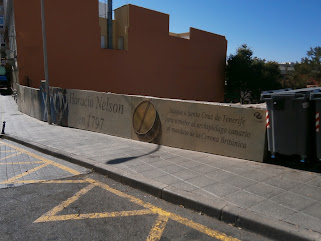 Today  here in our capital of Tenerife, the city commemorates the 225th anniversary of the battle of Santa Cruz. Admiral Horatio Nelson and his fleet sailed to our shores with the plan to take the territory from the Spanish.

Because of our location in the Atlantic Ocean, the island was desirable for the British. Unfortunately, for the Admiral, the Spanish under the command of General Gutierrez were ready to fight for their King, Ferdinand VII and country.

As Nelson attempted to land with his party, they were welcomed by cannon fire. Horatio's arm was shattered by shrapnel and the landing party had to withdraw.

That day the British fleet was badly depleted and Horatio was left with the constant reminder of his failure after his arm had to be partially amputated.

There will be celebrations tonight, in the capital, that will include battle reenactments and of course lots of fireworks. We do love a good fiesta here!! 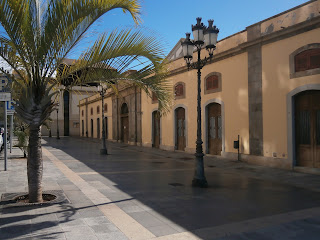 Posted by Christina Rowell Author at 02:29 No comments: