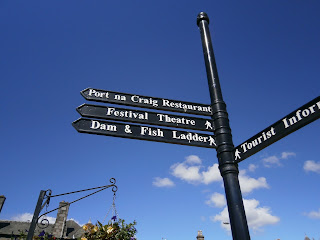 All around us there is hustle bustle; walking in the shopping mall, down the main street of our towns and it proves difficult to keep everyone else's noise from interfering in our own space. Every route seems to lead us to repetitive music or bargains of the day blaring over tannoys.

We stick our iPhone earphones in our ears hoping that our favourite tunes will drown out the noise of car horns and revving engines.

I know I enjoy background music playing when I'm writing, however there are times it's great to sit in silence. Finding a secluded spot in the local park or sitting in the quietest room in the house I can take time to ponder and reflect.

I can put the world to rights, my life and maybe even come up with some great ideas that otherwise I wouldn't have if I hadn't taken that moment to switch off.


Posted by Christina Rowell Author at 02:28 No comments:

We grow a small amount fruit and vegetables in our garden. Nothing too exciting courgettes (zucchini), potatoes, beetroot, strawberries and apples are our favourites. 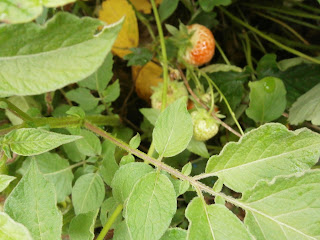 Our strawberry crop has always been pretty successful and we enjoy it if we can pick them before the local bird population gets them first. We noticed recently that they seemed to be getting a little more than their fair share and I decided to look out to see if I could find out who our chief culprit was. 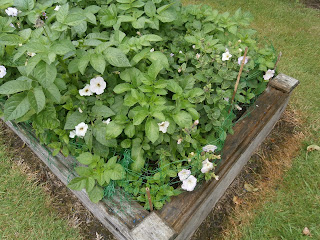 To my surprise he wears a grey fur coat rather than a feathered one, he's a squirrel. I've caught him picking the best to munch  through, the under ripe he bites into and discards them on the ground at the side of the bed. They can't be to his taste.


I tried to think of a word that described him best and I believe it's, rascal. Because he most certainly behaves mischievously and cheekily. But, I can't help but love him.

P.S
He's a little camera shy and declined a photo shoot.
Posted by Christina Rowell Author at 02:19 No comments: 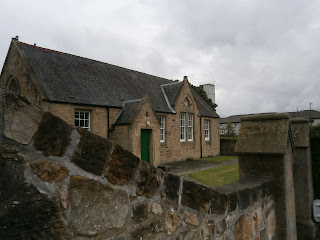 Handing in our homework on time, completing examinations in the period allotted and not getting the new iPhone as soon as it's released, are part of the controls that are imposed on us in our childhood years.

We moan, tut, and throw the occasional tantrum when we are subjected to rules that we most definitely think are unfair.

It's only when we're all grownup, (maybe I'm using the writers licence thing again when I use the word grownup), we continue to use similar rules to aid us to take command of our own lives. Because one of the important things that discipline teaches us is, respect.

The alternative meaning of the word discipline is of course, a chosen path of learning. Whether it's a creative pursuit, writing, art, music, or science to be successful we have to discipline ourselves. As a writer working on my own all the time I know I regularly want to procrastinate; however thank goodness for the guidelines that were put down by my peers, otherwise you wouldn't be reading this post today.

Posted by Christina Rowell Author at 23:57 No comments: 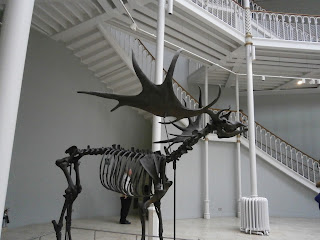 Edinburgh is buzzing at this time of year, it's the place to go to experience an electrifying atmosphere. Whether you take in a performance at the Fringe festival, the Military Tattoo or go to the Edinburgh Book Festival, I dare you to say that the hair didn't stand up on the back of your neck when you heard the bagpipes play in the shadow of the castle.


I was lucky enough to go to a summer drinks party hosted by ALCS (Authors' Licensing & Collecting Society) which was held in the Early People Gallery, in the National Museum of Scotland, Edinburgh on the evening of the 13th August. With the Edinburgh Book Festival taking place 15-31 August, it was the perfect time to gather authors together. 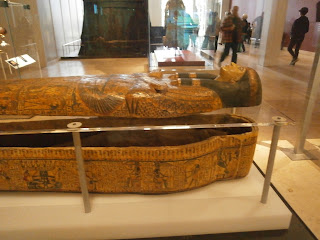 An awesome party and like Edinburgh the museum itself is an awesome location www.nms.ac.uk 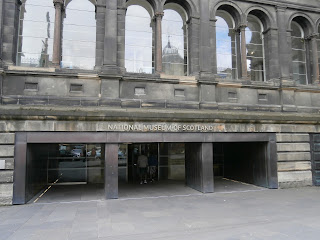 Posted by Christina Rowell Author at 00:44 No comments:

The song, The Wedding of Lili Marlene, is based on a poem written by a 22 year old German soldier, Hans Leip, in the First World War, telling of love and separation. The English translation of the lyrics, a collaboration between Jimmy Phillips and Tommy Connor were the words my uncle chose to send to his new bride when they became separated by illness.

She was hospitalised with tuberculosis within the first year of their marriage and the young lovers eventually lived apart for over two years. The location of the sanatorium and a poor public transport network meant that it wasn't possible for him to visit her more than twice a week. Being the 1950's writing a letter was the popular way to keep in touch and even when he did see her, he still wrote a note to her when he returned home.

Although somewhat a poet himself, his feelings for her were often difficult to express in his own words. By enclosing a transcribe of their favourite love songs with his letter, he felt he could communicate them to her more clearly.

I've included photographs of two of his original inclusions which she kept for over 50 years, along with his letters until she died. However, these love letters not only were a declaration of his love for her, but they played a significant part in her recovery from this killer disease. They gave her the will and determination to be reunited with the man she loved and live the life together they had planned.

Their love never waned, their story is one that has to be told and which I am working on.

Note: Melody to Leip's lyrics were by Norbert Schultze.

Posted by Christina Rowell Author at 00:50 No comments: 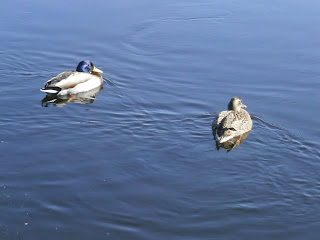 Aspiring and newbie authors alike read every piece of advice they can, I know I did and still do. However, I think it's a real mine field. There are many articles, forums, blogs and books telling us the do's and don'ts of writing and ultimately publication. I was totally confused as much of it is conflicting.

So, who's guidance do we follow? Should we take on the recommendations of trusty individuals whose opinion is that a writer must be true to themselves. Or should we chase stardom, notoriety and have the views of others manipulate us into trying to write something that's on trend?

I initially seriously thought about ditching my male protagonist because a female is more popular in YA but I chose to be true to myself and stayed with my male. I had my story, I had my voice, therefore I took a risk and followed my heart. My second book will be published soon by Featherweight Publishing, that means the risk was worth taking.

This quote from Pulitzer Prize winner, William Faulkner, for me says everything about being a writer, "You cannot swim for new horizons until you have courage to lose sight of the shore."

#writing
Posted by Christina Rowell Author at 02:26 No comments: 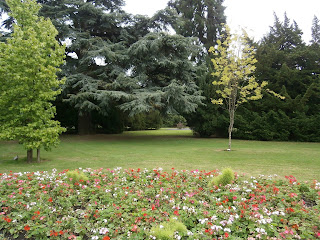 I know across the pond August 8th is National Dollar Day and I wanted to tell you about a 'Dollar' that is shared by the U.S, Canada and the town of Falkirk in Scotland. It's not a mutual currency I'm talking about, but a gentleman called Captain Robert Dollar. 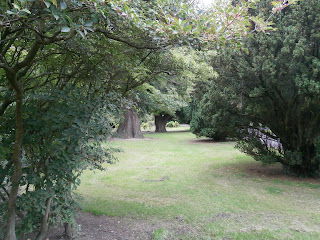 Born in 1844, Robert Dollar left school at the age of 12 years and by his early teens he was working in a lumber camp in Canada, where he and his parents had emigrated to. At the age of 22 years having learnt French, as well as being skilled in numeracy and literacy he was in charge of a camp. 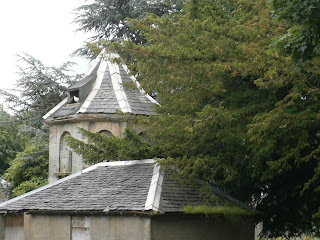 He went on to develop his own lumber business in Canada, Michigan and Northern California and moved into the steamship business, transporting lumber and passengers worldwide. He had an acute business acumen, which lead to him accruing a $40,000,000 fortune and his name appeared in, America's Top 100 Rich List.

But not only was he a lumber baron, shipping magnate, he was a philanthropist. He donated land for schools and orphanages, throughout the world. He didn't forget his routes and gave the people of Falkirk many gifts, including bells for Falkirk Old and St Modan's Parish Church, books for the first library in the town and the parkland where I took these photographs the other day, which is rightly called Dollar Park.

San Rafael, California is the place where Robert Dollar lived until he died and his old home there, named Falkirk, is now an art and cultural centre. The Presbyterian Church in San Rafael received bells as a gift too from him and like those in Falkirk still ring out to this day. Both towns are officially twinned and have a lot to thank this man for and without the, $ he wouldn't have changed so many peoples lives. 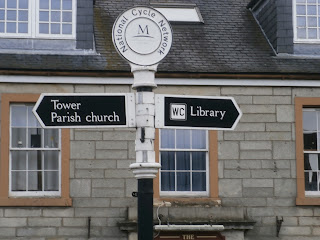 The silence is broken,
Only one word has been spoken.
Ssshhh!

The cough, the sneeze, thud and laughter titter,
Is treated here like dropping litter,

The smell of polished wood, leather top tables and dusty air make me sneeze,
If I dare.

Do I dislike being here?
On the contrary, I'm surrounded by my friends, the books,
I'm in my world, in the library.


Posted by Christina Rowell Author at 04:38 No comments: