A Penny for Them


April the 30th 1952 is the day the UK first read the words of Anne Frank, when Anne Frank: The Diary of a Young Girl became available in bookshops; seven years after her death at the age of fifteen in Bergen-Belsen Concentration Camp.

Anne's diary of her terrifying experiences whilst in hiding with her family from Hitler's army during World War ll, caught the world's attention because the atrocities recounted from her viewpoint could have been written by any one of the millions of children who lost their lives in the Holocaust.

School motivated me as a child to keep a diary with an exercise called, My Daily Diary. My first private one which I kept tucked away in my top drawer, actually belonged to my father. Using a pre-owned one comes with its problems though, especially if it's from the previous year and there are already entries written on the pages.

However, the pencil entries were easily erased and at the age of eight one date is as much as the next. Thankfully I didn't witness any horrific incidents to retell as many children do, I just wanted to get my thoughts down on the page.

Even if a child isn't living in a war torn country; it's unlikely they will grow up without encountering something that they find distressing, difficult to comprehend, or maybe even cope with. Writing certainly has a cathartic effect, it can also help put things into prospective, if it needs to be that is. Importantly though, it can help a child tell a story that needs to be told and someone needs to listen to, as Anne Frank did.
Posted by Christina Rowell Author at 10:02 No comments:


The Scottish tennis player, Andy Murray, was honoured by his hometown this week; he was awarded the freedom of the city of Stirling and an honorary degree from the University of Stirling.

Stirling in Central Scotland, plays a significant part in Scottish history with names such as Robert Bruce, William Wallace and Rob Roy all having lived here.

Therefore this modern day hero's name will go down amongst other local heroes.

Posted by Christina Rowell Author at 14:35 No comments: 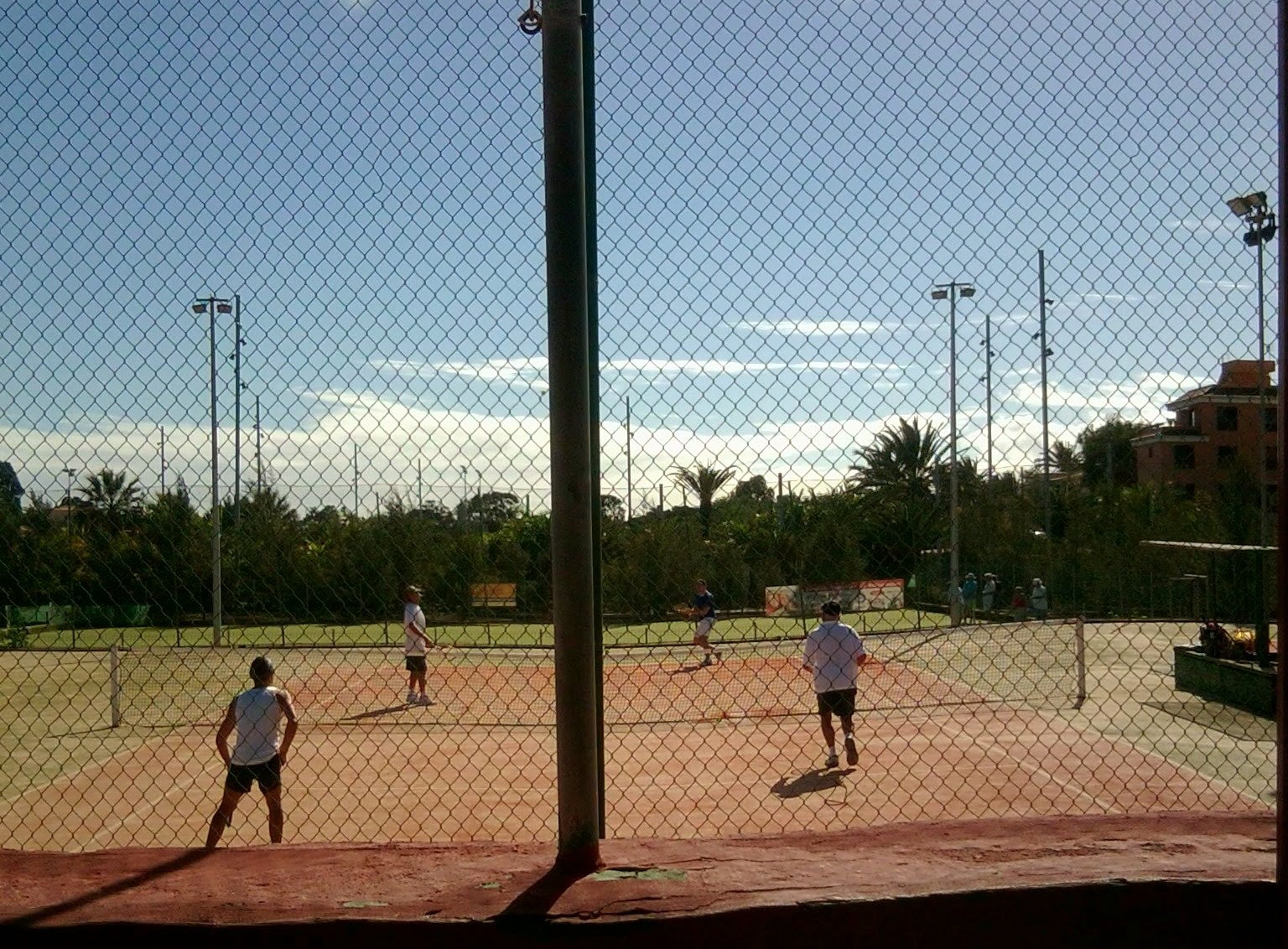 On April the 23rd, it will be World Book and Copyright Day, UNESCO International Day of the Book, a day assigned to celebrate the written word. Although it seems the female gender celebrates the written word much more than their male counterparts, according to a recent study carried out on behalf of the Reading Agency.

But should we be surprised by this? I personally don't think so, after all it is a well known fact that boys don't read as much as girls. Therefore it's unlikely when the boy becomes a man, he's going to start reaching for a book.

According to the survey, men would rather watch a film adaptation of a book, or turn on the computer when he has some free time. Why? The answer to this point of debate is as elusive as to how we can calculate book sales from Amazon's sales rank and I can only voice my own opinion.

Having been brought up in a household full of boys, I know that boys love nothing better than to be running around, playing games and sports, leading very active lives indeed. For that reason the material that they're given to read has to reflect their interests, if they're going to keep reading through into adulthood.

Whether it's football, tennis, cars, spaceships or warriors; if it grabs their attention for even five, or ten minutes at a time, boys will realise that reading can take them to any world they want to be part of. No ticket necessary. 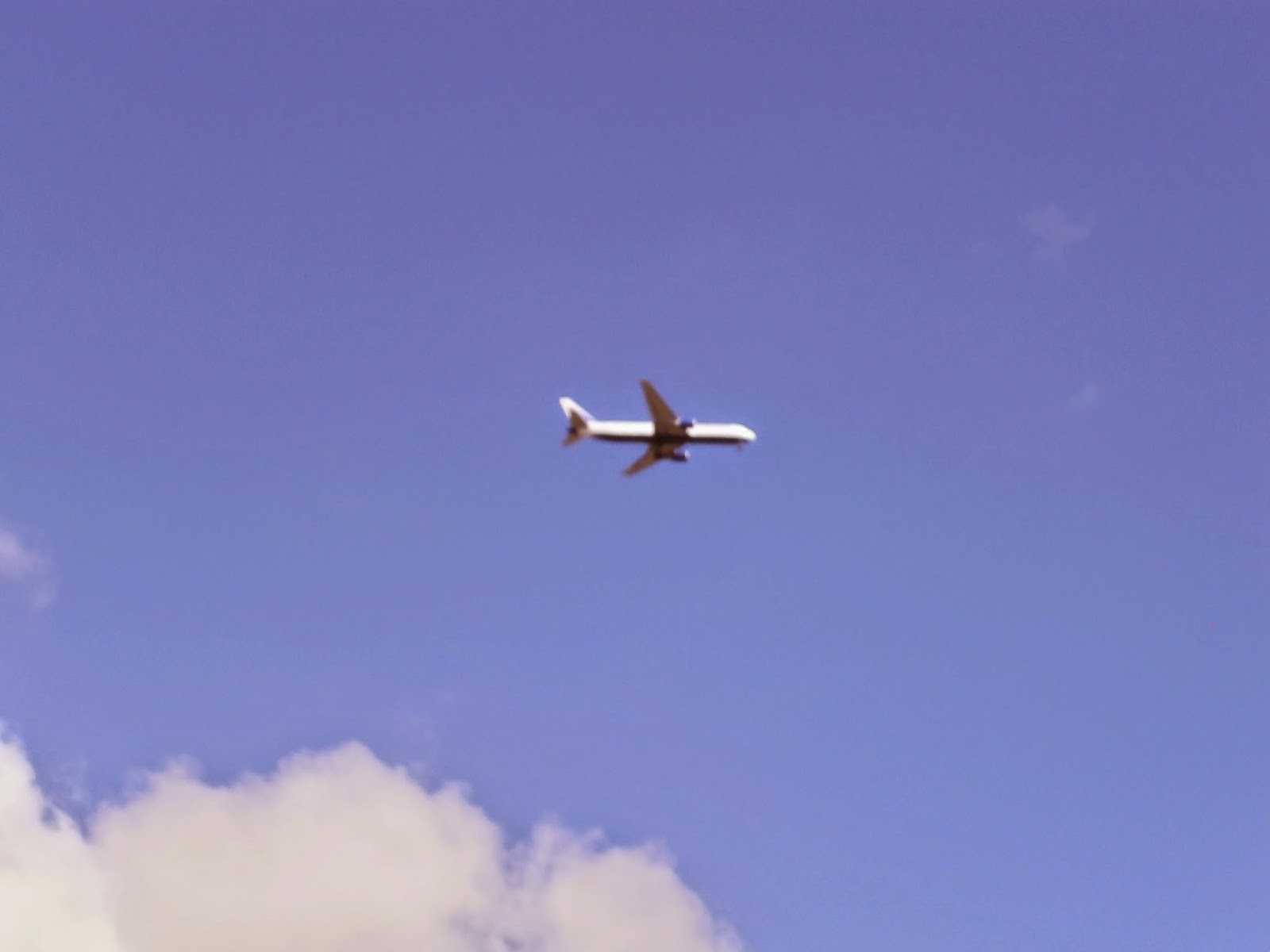 That's my opinion. What do you think?

Posted by Christina Rowell Author at 07:03 No comments: 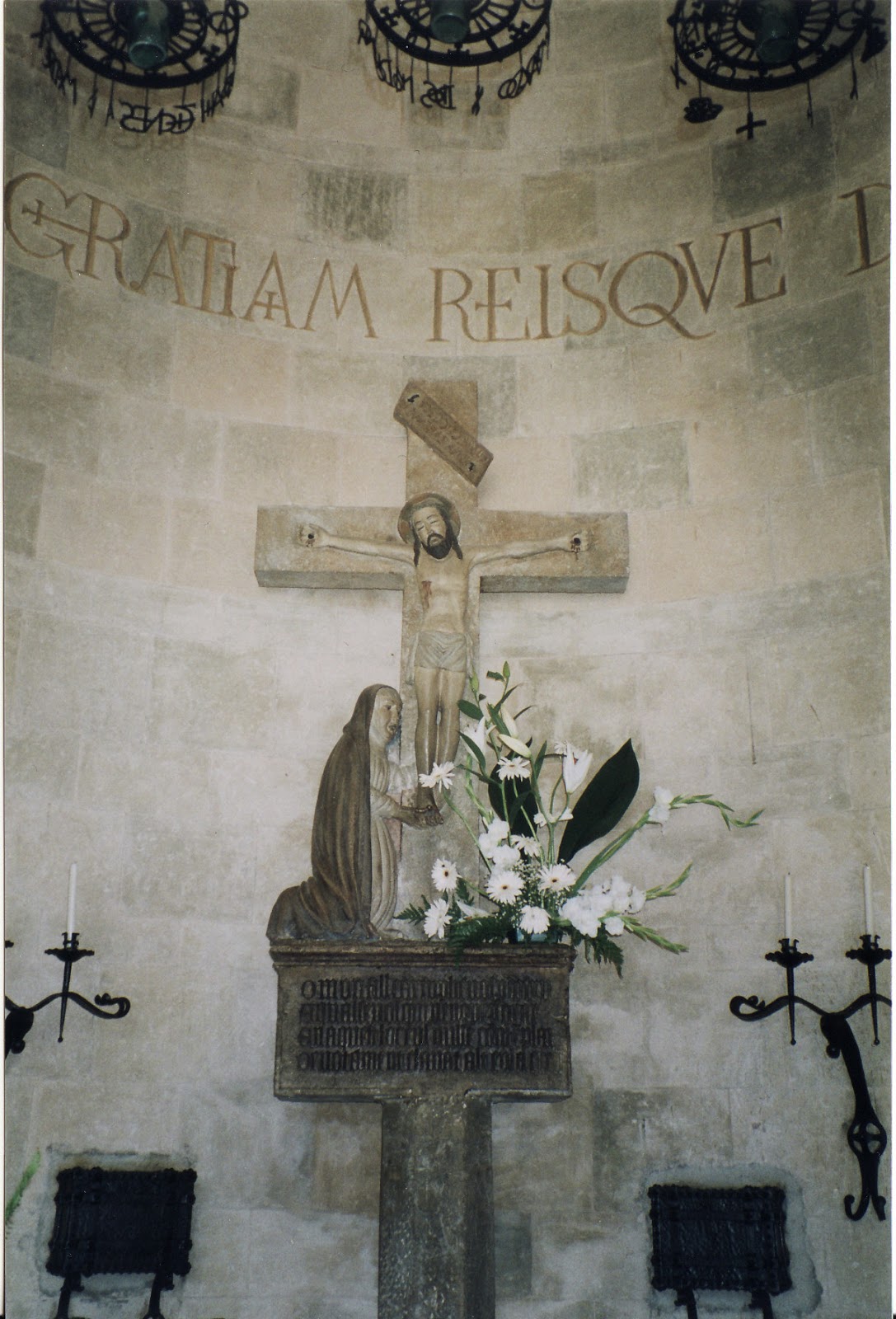 This week in Spain is known as, Semana Santa, translated as Holy Week. The week marks the end of Lent and the festivities that take place throughout the country are a solemn celebration of the Passion, Crucifixion and Resurrection of Jesus Christ.


Although the Spanish celebrate this week much more than the rest of Europe, many of us have traditions that we associate with this time of year. In the UK, schools and workplaces take a short break from their normal daily grind and as in Spain, it is an important part of the Christian faith calendar. Gifting Eggs made of candy and chocolate on Easter Sunday is a custom that has now become very commercialised, however it is one that is loved by all and is unlikely to die out.


Whatever you're doing I hope you have a great weekend.

Posted by Christina Rowell Author at 04:39 No comments: 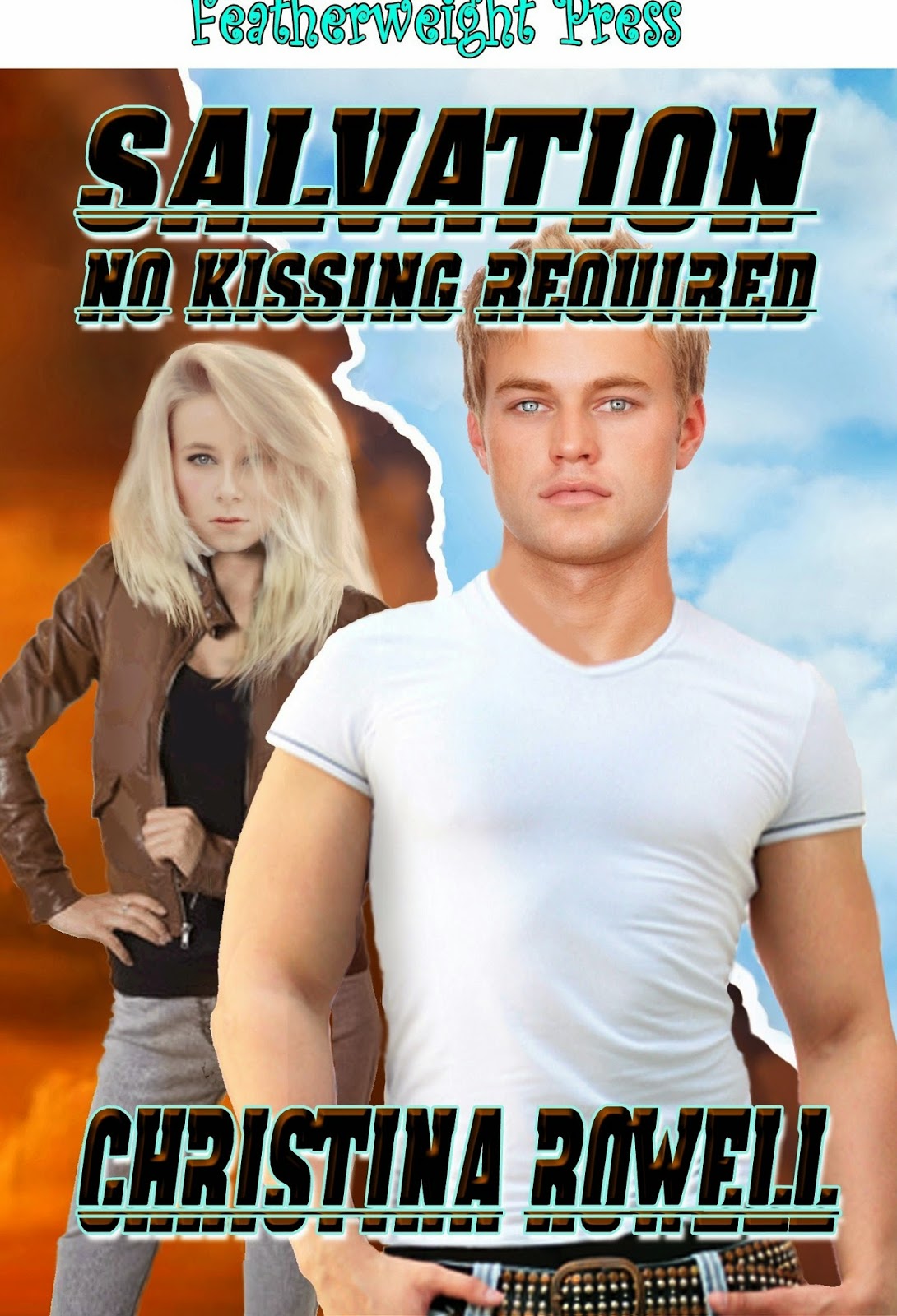 For me this week marks a very special anniversary, it's a year since my debut novel Salvation No Kissing Required, was published by Featherweight Press. Anniversaries have a habit of stirring up all sorts of emotions, some good, some bad. This one thankfully, is one that I can break out the champagne for and congratulate myself on my achievement.

My book being published was like placing my foot on the first rung of a ladder. Ladders I've found can be rather tricky to ascend, especially if I'm not wearing the correct footwear, or try to hurry my steps.

However finally seeing my words in print meant that I had at least put on suitable shoes for the start of my ascent and the whole process to publication taught me that writing is something that cannot be hurried.

One year on, my knees aren't wobbling while I'm standing on the ladder. But there's only one way I believe as a writer I can keep moving forward and that is to continually write, edit, read and not rush my work. I want to keep my virtual shoes in good condition, like a regular visit to the cobblers. That way hopefully the heels and soles will be prepared for another step in the not so far future, without slipping about too much.

P.S It's not too late to win an ebook copy of Salvation No Kissing Required. Want to find out how? Click the following link:
http://lauraplusbooks.com/lgbt-month/prizes

Posted by Christina Rowell Author at 03:05 No comments:


In my last blog post I spoke about Scots having a wanderlust, resulting in us leaving and settling abroad. The USA has long been the place that many have chosen to call home, but as I wrote on Monday those who choose to leave are unlikely to forget their Scottish roots. There are also expatriates that Scotland will always remember because of the good work that they do overseas after leaving, or their legacy that carries on after their death.

﻿
One such person was author and naturalist John Muir, who passed away in 1914. His passion in life was the preservation of the wilderness and in the USA it lead him to be the founding member of America's National Parks. His 300 articles and 12 books have made his work renowned throughout the world and if you are resident in California, his name will be especially familiar to you because April 21st is designated, John Muir Day. The golden state being the place that he called home for the last 46 years of his life.

This year the Scots are honouring him as part of Scotland as Home celebrations, with the John Muir Festival. The international launch of Andy Scott's 30 metre high, 300 tonne sculptures, The Kelpies, will be the centrepiece of a night-time arts event, April 17-18, that will mark the opening of the festival. The Helix Park, Falkirk is where The Kelpies call home and is a befitting location to pay tribute to John Muir, a man that has contributed so much to the conservation of wild areas throughout our world, including the National Scenic Area of Ben Nevis and Glencoe in Scotland.

PS. Please escuse the back of my head in the Glencoe photograph!

Posted by Christina Rowell Author at 14:11 No comments:


On April the 6th, Tartan Day is celebrated in several countries, including USA and Argentina. Us Scots have a habit of moving overseas, but we never forget our roots. Why? Hopefully the following pictures will answer the question.

Posted by Christina Rowell Author at 01:16 No comments:

Pride With No Prejudice 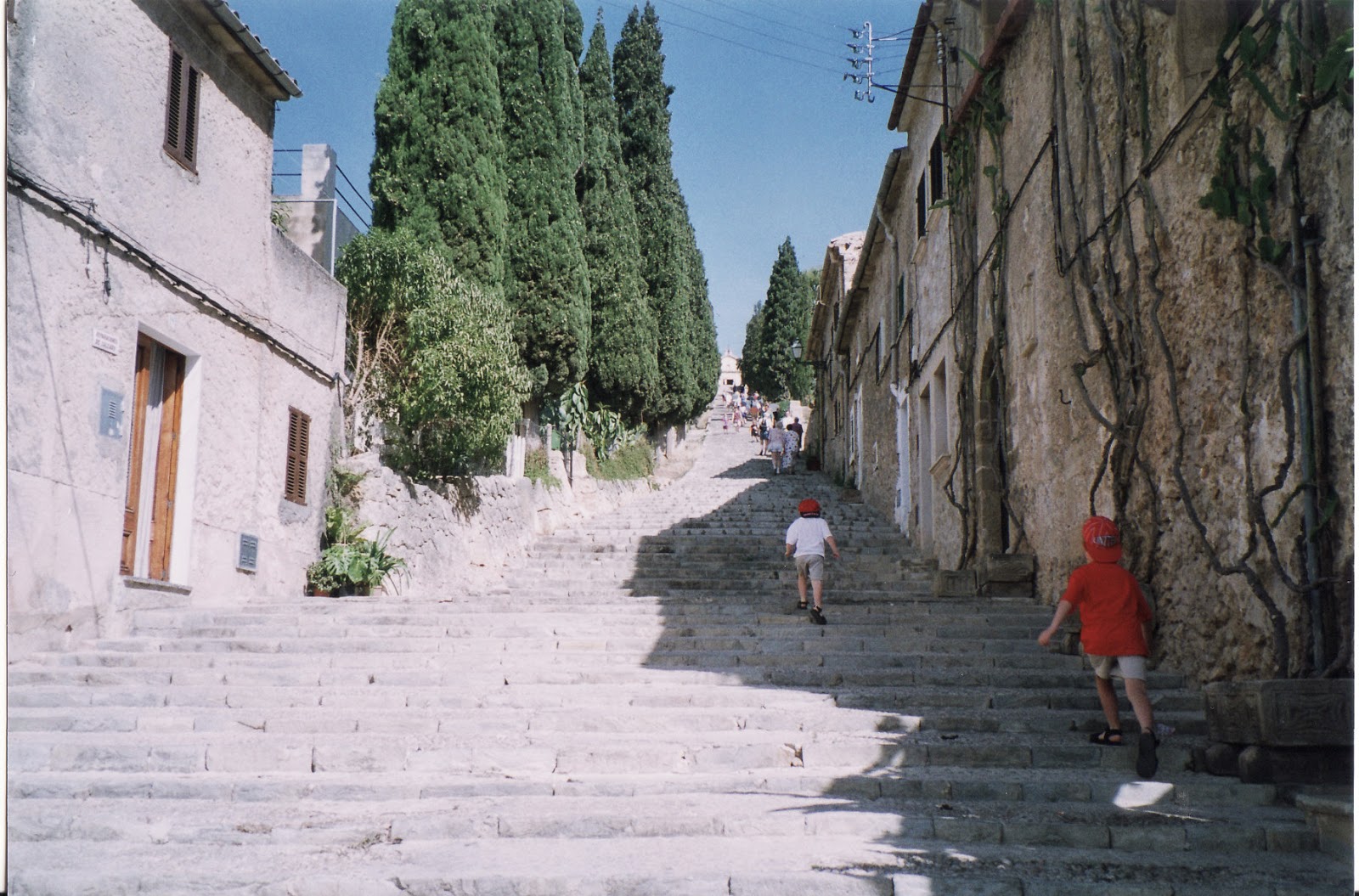 Seated throughout the aircraft on my return flight from my recent trip, there were several young children from different ethnic backgrounds travelling within family groups. What I found amazing was although they were all under school age, they were eager to mingle with their peers and once the seat belt sign was switched off they homed in on each other.
A few could barely speak and most sentences had gurgles in place of words, but nevertheless they communicated with each other freely and happily. They had something in common and that was that they were children. So at what age does the freedom to accept each other as we are go wrong?    ﻿

Whether it be race, colour of our skin, sex, disability or religion, there is lots of prejudice in this world. On occasion our own life experiences, newspapers and news programmes demonstrate the unjust intolerance that continues to exist in all our societies.

When we take one step forward in tackling bigotry, some group, government or individual comes along and destroys the progress that has been made in the last one hundred years or so.

All faiths preach peace and goodwill; many non-religious groups promote tolerance and living together peacefully. At present everyone living happily ever after, certainly seems confined to fiction.

There is a lot we can learn from our little children and we can be proud of them, they prove that there should be no prejudices, because we are all human.

Posted by Christina Rowell Author at 14:46 No comments: 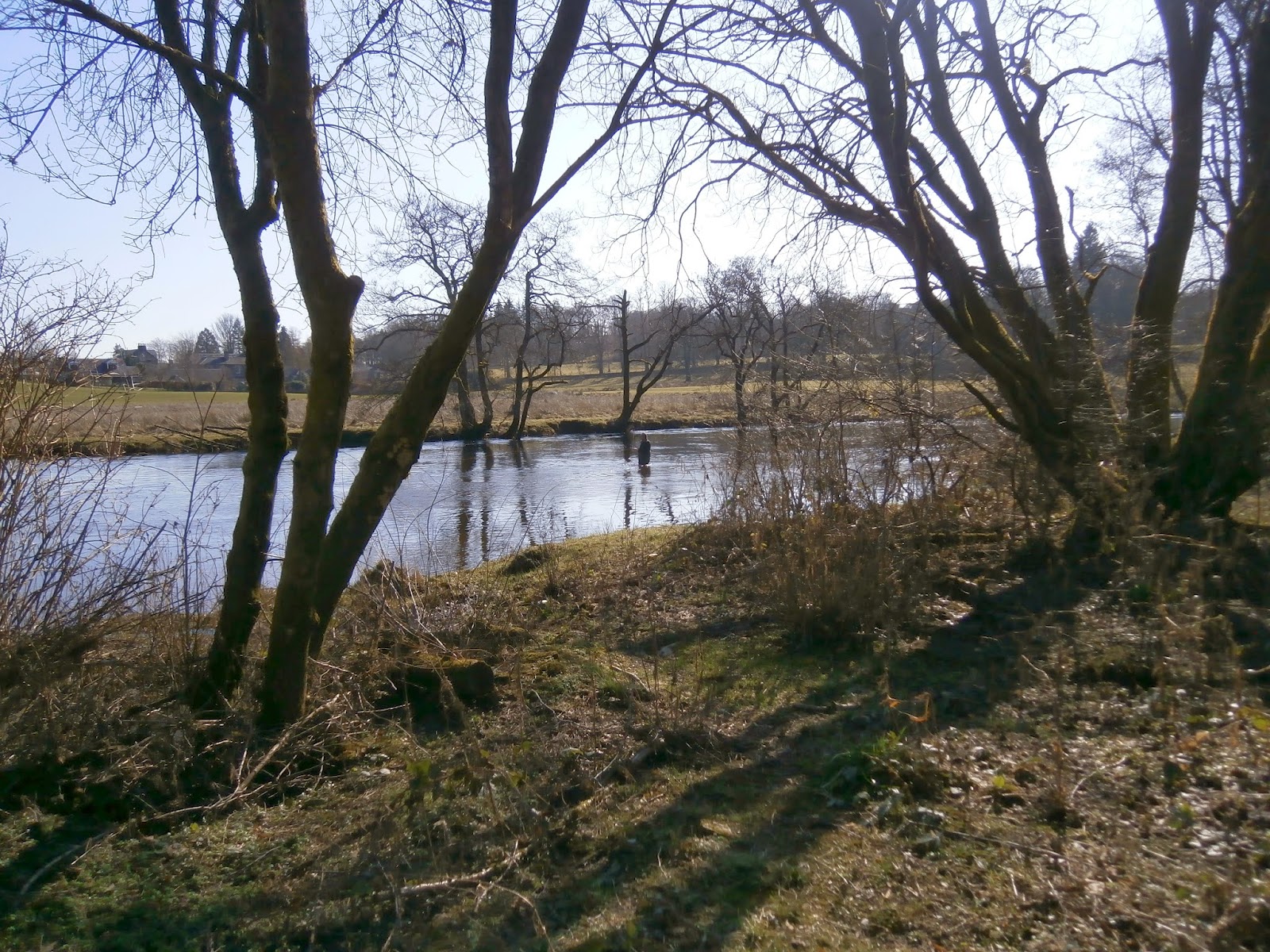 Back Friday my friends.
Posted by Christina Rowell Author at 00:51 No comments: