I can only apologise for my rather erratic blogging over the last couple of weeks, but I was visiting Tenerife, one of the seven islands that make up the Canary Islands. Although the language, climate and culture is different from Scotland, it's a place that many of you will know has captured my heart and soul.
Apart from my affection, Scotland and Tenerife do have other things in common, such as beautiful scenery, including mountains, a rich historical past, the drums and pipes also feature in their traditional music. The tabor pipe being their choice, rather than bagpipes.

The old towns and villages there, bear some similarity to those in Scotland, the narrow streets are sometimes cobbled; the doors and windows of the houses also demonstrate that the population of today is considerably taller than it used to be.
﻿﻿﻿﻿
They too in the past had communities that depended on fishing, but as stocks and quotas now dictate this industry, the individuals being supported by this occupation is slowly dwindling. The harbours of Tenerife have been able to diversify and many now moor luxury yachts rather than the fishing boats that once was. Nevertheless, the small fleets that still manage to exist in both countries, provide a quality catch that can be sampled in the fine restaurants throughout.

Our flags, the white cross on a navy background, symbolises that both countries have chosen, St Andrew as saint protector and today the mutual flag will be flying high, along with the Canary Island's flag, on the official buildings of Tenerife. Because today is, Dia de Canarias, a day the populace rejoice, the people and culture of the Canary Islands and observe the day that the islands received autonomy from Spain.

Whilst I'm back in Scotland, my heart is there. So, Feliz Dia de Canarias, amigos.

Posted by Christina Rowell Author at 06:23 No comments:

Winging My Way Back 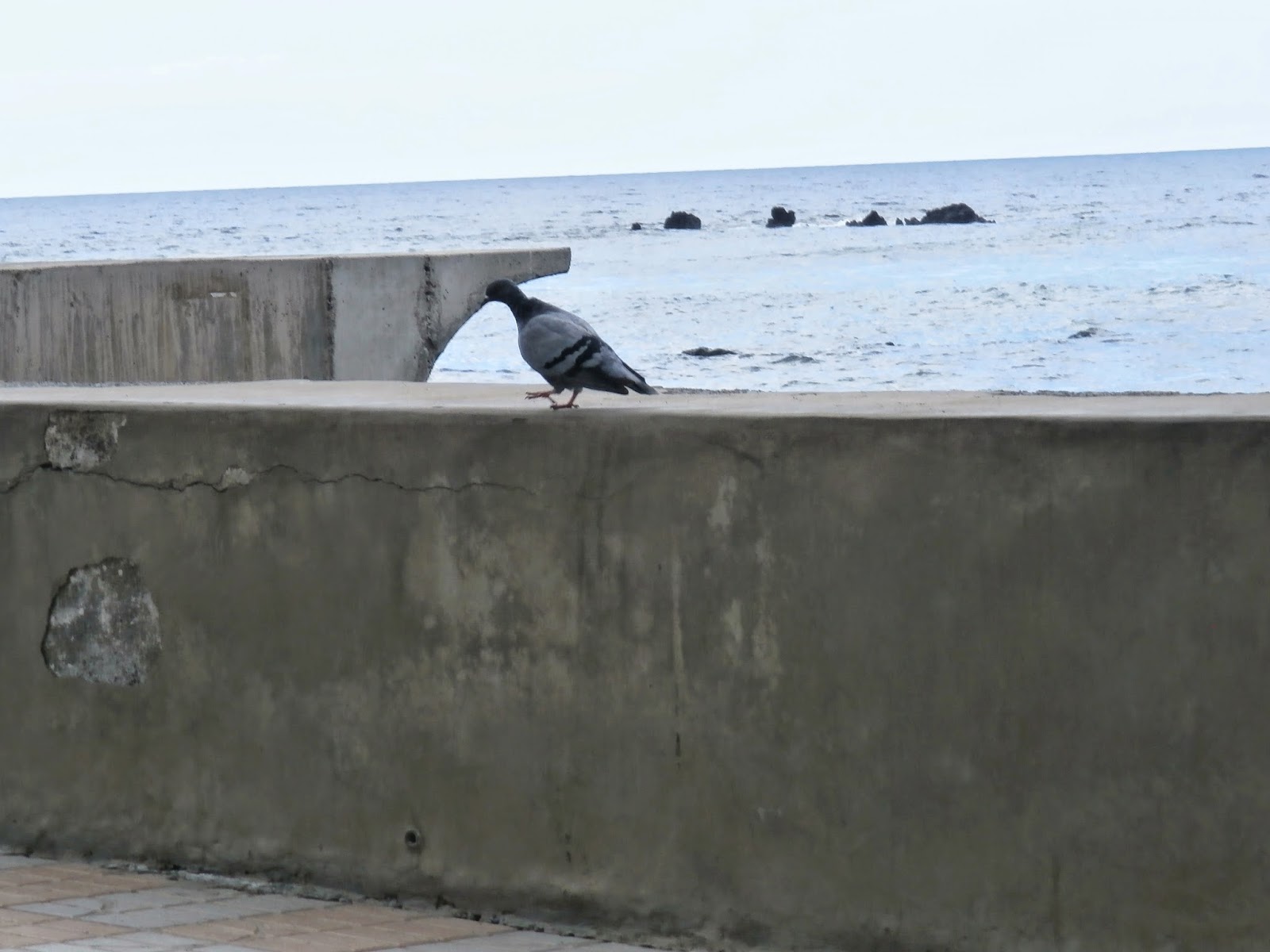 By the time you read this I'll be on my way back . See you Friday.
Posted by Christina Rowell Author at 23:12 No comments:

It's that Time Again 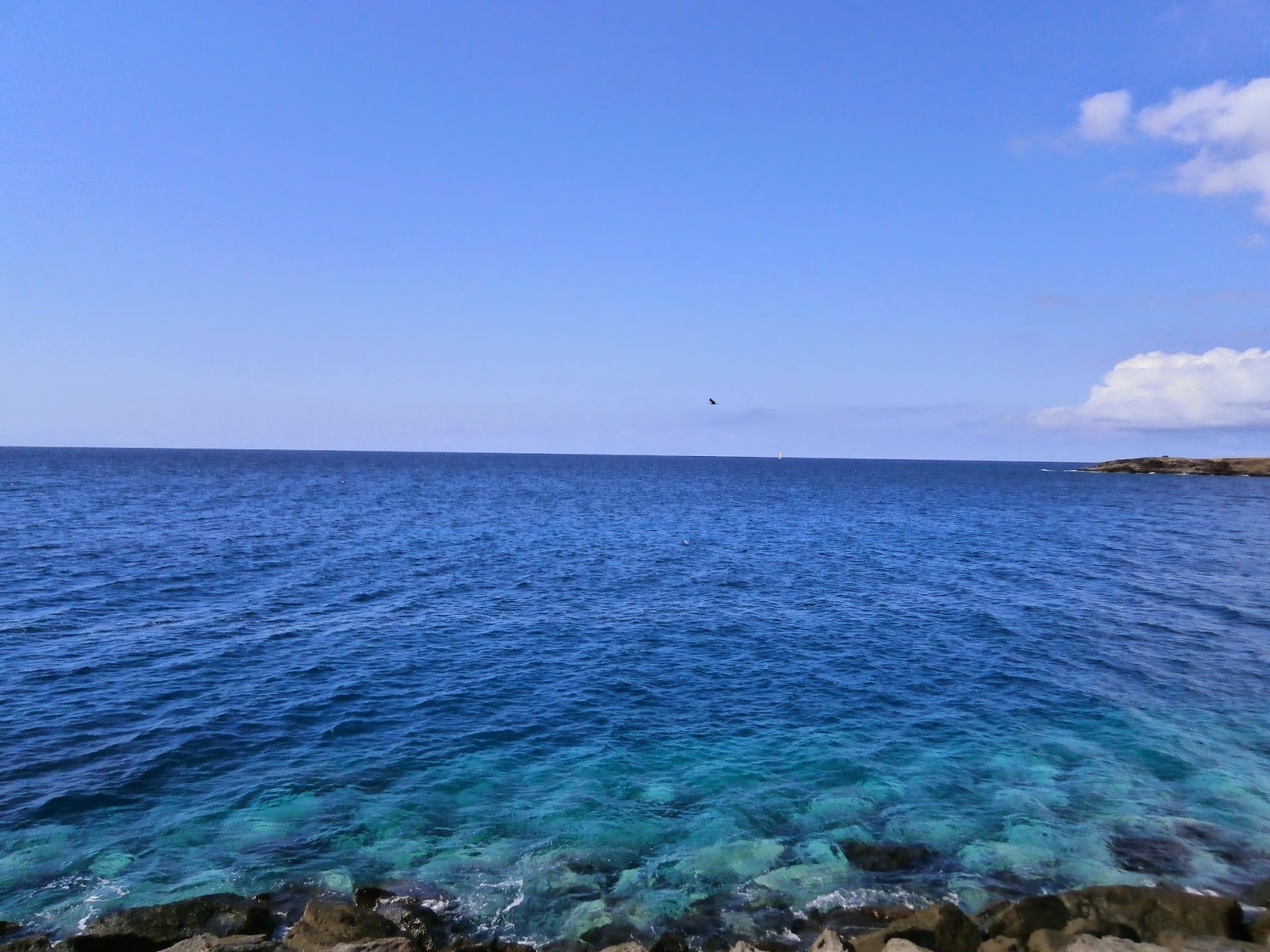 I'm having a couple of days away. But I'll see you Monday. Yipee!

Posted by Christina Rowell Author at 04:45 No comments:


We are all using more and more technology, therefore we put pen to paper less and less. Because of this handwriting and spelling is deteriorating according to a recent study done by BIC, the pen manufacturer.

But, I also believe we are gradually erasing any written legacies that we may leave behind for future generations to learn about and understand the world that we live in now; as our thoughts, beliefs and emotions are regularly communicated clearer when we write by hand.

In recent years handwritten notebooks, pieces of paper containing the manuscripts of books and the lyrics of songs, have been sold for millions at auction. For example, J K Rowling's, The Tales of Beedle Bard, did so in 2007 and only this month, Bob Dylan's, Like a Rolling Stone sold in New York for $2 million.

Online, in the section Romantics and Victorian Manuscripts section of the British Library, we can view the diaries of Queen Victoria, the original works of Jane Austen, Charles Dickens and Emily Bronte. Everyone of the pieces exhibited give us an insight as to how the Victorians lived and the opportunity to read some of the most celebrated writers manuscripts in their own handwriting.

We can also visit places like Chan Chan in Peru to interpret the hieroglyphics and construct the world of the caveman in our own minds. However I can't help but worry that all of our present and future greats, whether politicians, writers, world experts, or the records relating to destined extinct races, maybe deleted and lost forever, as they will only exist on hard drive, or USB memory stick.

Posted by Christina Rowell Author at 22:31 No comments:


In the UK it's Walk to School Week, May 19th-23rd, which is part of  the National Walking Month campaign. While I'm a little too old to be going to school, I do like to slip my feet into a pair of comfy shoes and put my best foot forward a couple a times a week.

So I've put together some photographs to let you see some of my favourite haunts.

Bring Back the Girls 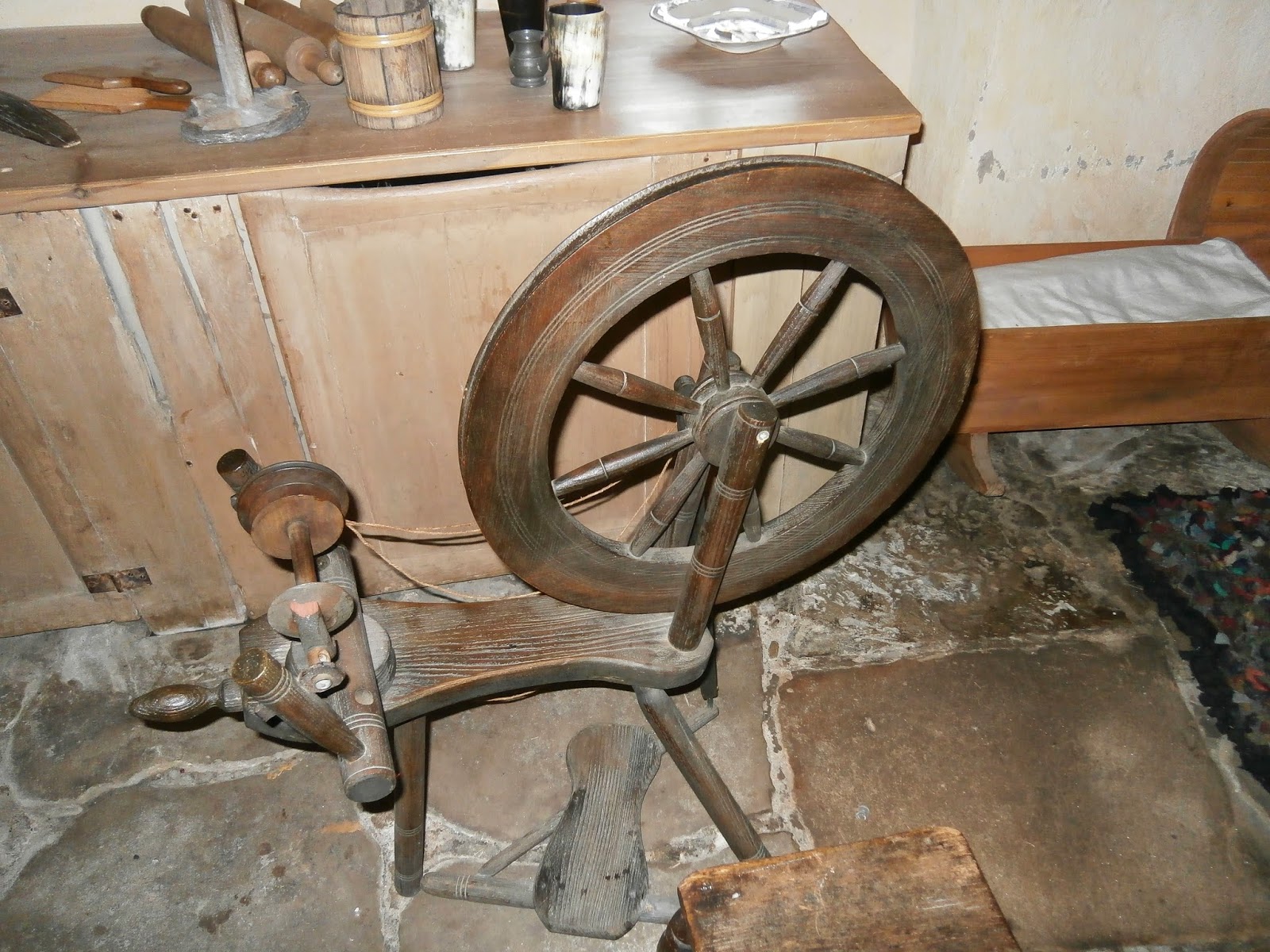 Slavery is illegal worldwide, nevertheless in some countries it remains in the form of child domestic labour. One country where it continues under the disguise of house-help to the elite, is Nigeria.

As the world prays that the girls who were kidnapped from the school in Chibok, Nigeria, are returned home safely; the fact that child labour has not been eradicated in this country will continue to endanger the life of every child there.

The children are used in domestic service, the commercial agriculture industry, prostitution, forced marriages and sometimes willingly given away by their families because of the financial renumeration involved.

The ilo.org continually works hard with countries including Nigeria, by providing educational programmes and their current programme, International Programme on the Elimination of Child Labor, has aided children throughout the world escape a life of drudgery. Unfortunately, Sub-Saharan Africa, has not responded as well and this abusive activity is a long way from ceasing there.

Therefore, unless the government in Nigeria recognises that child exploitation is wrong and they themselves begin to respect the lives of their children, they will be powerless in controlling acts of lawlessness, as this kidnapping is. #Bringbackourgirls 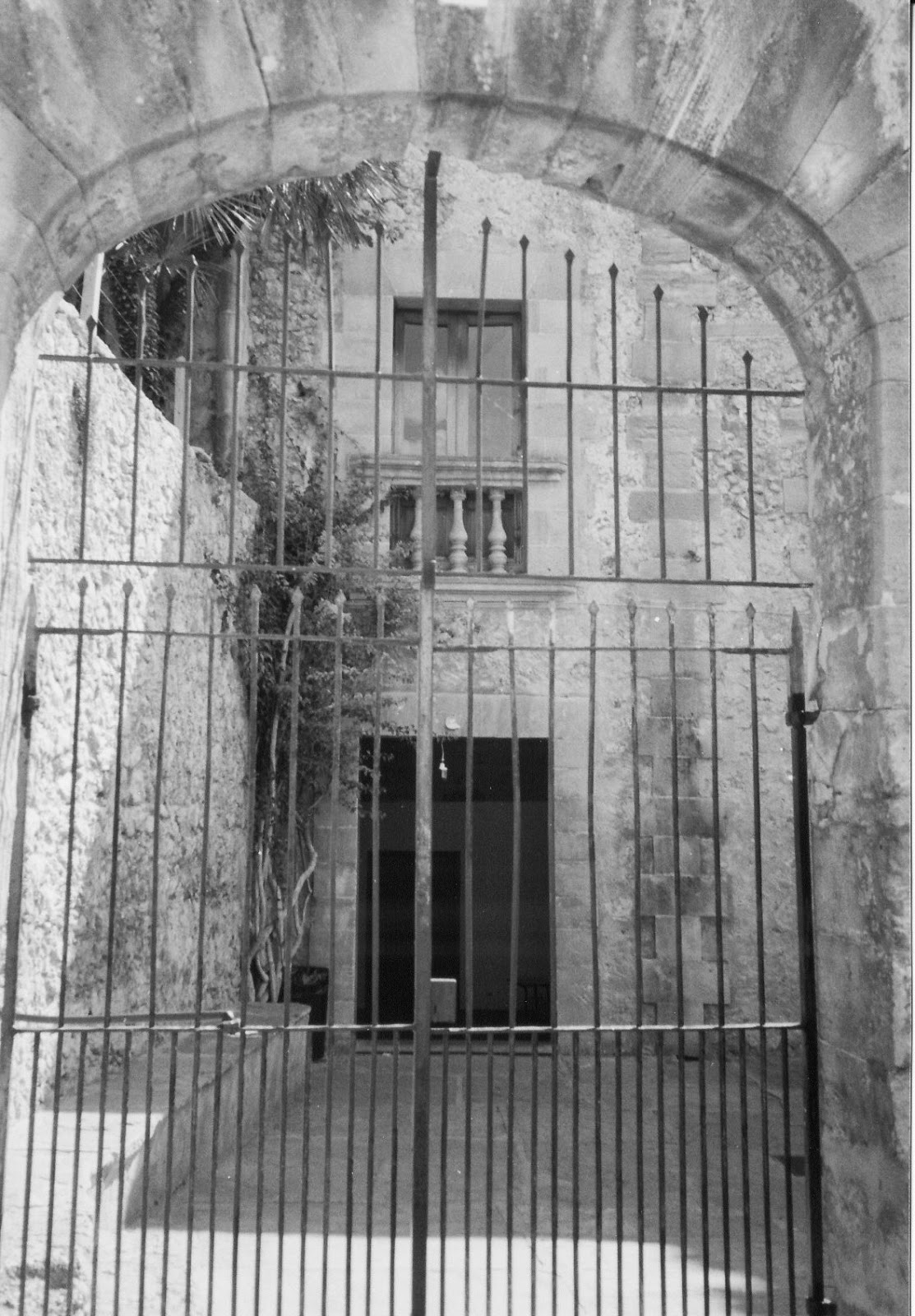 Authors, Miguel de Cervantes, John Bunyan, Marquis de Sade and Jeffrey Archer all have something in common other than being well known writers, they all penned stories whilst behind bars.

But a ruling by the Ministry of Justice in England will put an end to prisoners being gifted writing material, by their friends and relatives; therefore it is unlikely that many masterpieces will ever be created from within the prison cell again.

Yes, the prisoner can use the money that can be earned through privileges to purchase such items, but as there is a ban on any kind of items being gifted to inmates, their limited funds will have to stretch along way. (Unless under special circumstances.)

Prison of course is a punishment and rightly so, however this ban will also stop books being sent. It has been proven that education can help with rehabilitation and this restriction will mean that offenders will only be able to read a book that is stocked in their prison's underfunded library, or use their privilege money to buy through Amazon.

Surely in the 21st century we recognise that books and other creative activities can be used constructively, the foundation for a better way of life. For this reason I hope Mr Grayling, the Justice Secretary, reviews this harsh rule.

Posted by Christina Rowell Author at 13:51 No comments:

The Root of the Problem 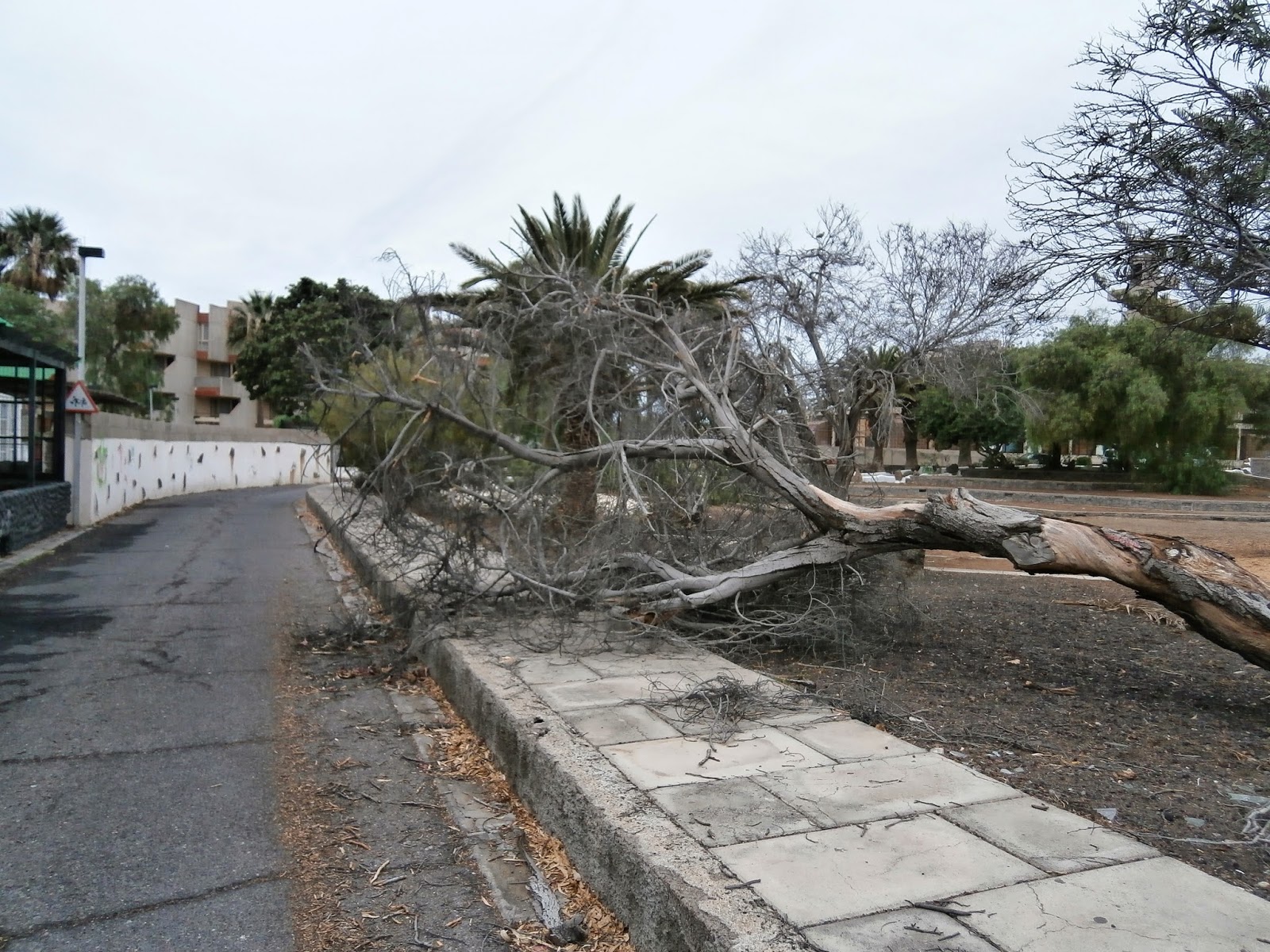 Kids today are constantly accused of being disrespectful of their fellow humans and property that belongs to others. But whilst out shopping yesterday for new furniture in a well known store, it was obvious that it's too easy to point the finger at them.

Being a bank holiday weekend the store was buzzing with families and in the area that was dedicated to bedrooms, some of the youngsters  who were bored with the mums and dads arguing over the furniture choice amused themselves opening drawers and sliding wardrobe doors along the overworked, squeaky metal runners.

However, as is normal with youngsters left to their own devices they can become a little high spirited and when the drawer, or a door slams they then find themselves being scolded by the  now weary parents.

But when I saw one woman kicking the drawer of a chest shut with a thud, I wondered if their should be someone in the store in charge of teaching some parents respect. I concluded from my observation of this adult that before kids are blamed of being unruly we should examine the root of the problem, which in yesterday's situation was the adult.

Posted by Christina Rowell Author at 07:41 No comments:

Out of Sight, Out of Mind

For those of you who regularly drop by my blog you'll know by now that I love large expanses of water. Whether it's a sea, ocean, canal, lake, or loch; I believe there is nothing more calming than the sound of the water as it laps gently onto the shore, or on the side of small boats as they bob about in a harbour. Watching its changing hues as it reflects the ever altering sky above, is fascinating and I appreciate the life it nurtures.

Therefore I found a recent research article titled, Marine Litter Distribution & Density in European Seas, from the Shelves to the Basins, published in PLOS ONE very disturbing. We know we have to do something about the overfilling of our landfill sites, but our desire for disposable items continues to be a problem and we are now littering our sea floors too.

Is it out of sight, out of mind that helps us ignore the impact our lives are having on the marine life that call H20 home? I don't know, but we certainly need to clean our act up. If you want to read the article you'll find it here http://www.plosone.org/


Posted by Christina Rowell Author at 05:08 No comments: