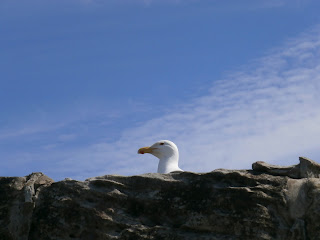 We all have different things that switch on our amusement button and I know for one, I can have a fit of uncontrollable giggles at the least little thing. Thankfully my partner shares my sense of humour, otherwise I could look a complete idiot, regularly. 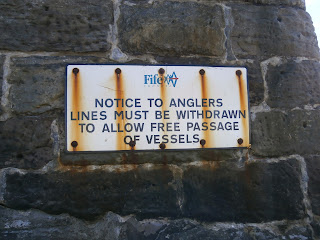 So, here are a few photographs of things that amused me recently. If you don't get my sense of humour I bear no hard feelings, or ill will against you. Hey, and I hope you feel the same and continue to visit my blog. 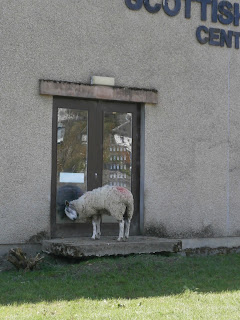 Posted by Christina Rowell Author at 23:15 No comments: 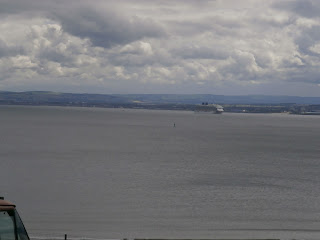 A couple of weeks ago on the 8th of July to be exact, I had stopped off at a vantage point to take a couple of photographs and I took these two of an awesome ship anchored off the shore of Edinburgh. 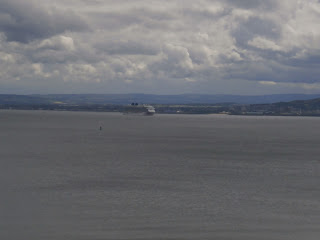 The pictures aren't the greatest quality as it was a rather murky day, but they are of something worth sharing and that is of the new P&O ship, Britannia setting off on its maiden voyage around the UK.

Weighing 141,000 tonne and the capacity to carry 3600 passengers, it's a real beauty and I'm so glad I came across it by accident. Britannia rules the waves!!
Posted by Christina Rowell Author at 13:16 2 comments:

Roll the Dice by Robbie Cox 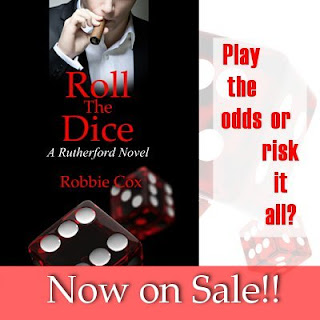 I'm delighted today to promote the new book of my great social media friend and dedicated fellow author, Robbie Cox. Over the last couple of years I've enjoyed his blog posts from across the pond http://www.robbiecox.net and his twitter online presence https://twitter.com/CoxRobbie .

Roll the Dice is out now and he's invited us all to the release party over on facebook. Come join the party and fun on www.facebook.com/events/480121188819627/ 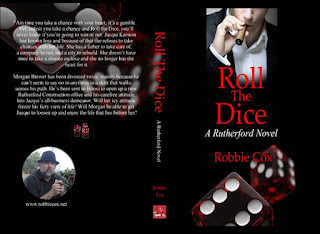 
#booklovers #bookpromo
Posted by Christina Rowell Author at 00:43 No comments:

In the last 4 years, 150 people have lost their lives around the Scottish Coast. I know I tell you about our beautiful coastline, but there are dangers.

The problem is the water here is a tad on the cold side and very unpredictable. Unfortunately, those who have found themselves in our seas either deliberately or accidentally can be overcome by the coldness and then there is the power of the current which can make it difficult, even for a strong swimmer.

The Royal National Lifeboat Institution (RNLI) launched a campaign last week  hoping that by increasing awareness they can reduce deaths. Keep up the good work RNLI and let's all keep safe and enjoy our waters. rnli.org 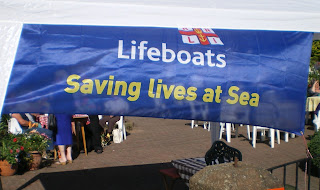 Posted by Christina Rowell Author at 00:47 No comments:

Every Picture Tells a Story 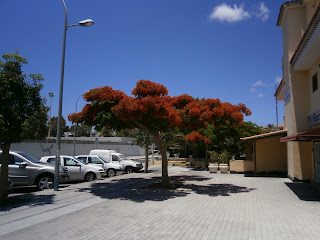 The other week I was having coffee with a friend  and she was telling me as to how she had spent her week decorating and decluttering her apartment. She told me that she had been ruthless in cleaning out the drawers and wardrobes in her home, leaving no stone unturned.

However, there were some things she couldn't bear to throw away and they were the drawings that her children and grandchildren had done for her over the years. She said that before they had grasped reading, writing, she encouraged them to draw her pictures to get their point over and communicate as to how their day or week had gone.

I've included a picture of the tree I was looking at while chatting to her in the pavement cafe and it's true what she said it's not just words that tell a story.


Sitting high on King's Seat Hill, overlooking the Forth Valley is a 14th century keep, Clackmannan Tower.
There may have been a royal residence here since the 11th century, however the tower which is one of the oldest in Scotland was home to various members of the Bruce family for over 400 years. The Bruces being the descendants of the Scottish king, Robert the Bruce. 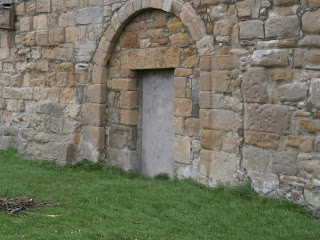 David II (Robert's only son) being the first, then passing to Sir Robert Bruce, a relative in 1359. Surrounded by good hunting grounds and a spectacular vantage view point, no wonder the Bruce family wanted to live here.


The keep, has played host to many of Scotland's socialites and the last resident, Catherine Bruce knighted her guest Robert Burns (poet) here in 1787, knighting him with the two handled sword of Robert the Bruce. Unfortunately, Catherine fell into financial difficulties, but now in the hands of historic-scotland.gov.uk I'm sure the tower will continue to be a keep sake for Scotland and future generations, for many years to come. 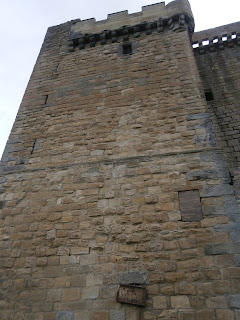 Those Magnificent Men in Their Flying machines


Five hundred and forty four,  RAF fighter pilots, were killed during the Battle of Britain and this weekend in the UK there has been a flypast over Buckingham Palace, London to mark the 75th anniversary of the battle. 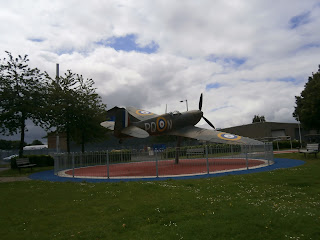 War isn't something that I want to celebrate however, I want to commemorate the men who lost their lives. These men helped change the outcome of World War II and who knows what would have happened if they hadn't taken to the air to protect British shores.

Close to where I live there was a fighter base manned by the, 58 Operational Unit,  whose duties included protecting the Forth Bridge and Rosyth Dockyards, used by the Royal Navy. The airfield belonging to RAF Grangemouth, Central Scotland, closed in 1955 and the BP Refinery dominates the landscape there now. But the loss of these magnificent men will never be forgotten and they are remembered by the siting of a replica Mark I, Spitfire on the now industrial area.

A Little Teed Off!

I was feeling a little teed off on Wednesday, because my partner and I were celebrating our anniversary and the weather had let us down. Nevertheless we jumped in the car and drove along the coastline of Fife, our favourite coast.


This coast will be driven by thousands next weekend as Thursday the 16th, is the day British Open Golf Tournament tees off in St Andrews http://www.britishopengolf.co.uk/ and although our weather is a little unpredictable it can't put a dampener on the scenery.


Once we were driving around and stopping off to take some photographs, I forgot that the sun wasn't actually shining because the beauty around me put the smile on my face.

The others being Edinburgh's Old and New Towns, the Antonine wall, New Lanark, St Kilda and Neolithic Orkney.


Meal do naidheachd! Congratulations, being the translation.

P.S
Charlotte Square is where the Edinburgh International Book Festival edbookfest.co.uk is held in August each year.


US cinema goers just can't get enough. No, not of the three letter word beginning with S and ending in X, although it does start with an S.

Scotland is their favourite film location according to a recent poll by, USA Today  and I've included some photographs that say it all.


Posted by Christina Rowell Author at 04:00 No comments: