Fills Me With Sadness 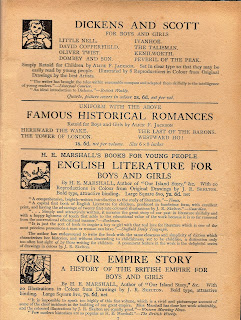 Over the last few years I seem to have read about another library closing, at least once a month. This month was no different, information came to light that the Borough of Walsall, in England whose population exceeds two hundred and fifty thousand people (urban and rural areas) is proposing to close fifteen of its sixteen libraries, in order to save money.

Public libraries have been providing the public with free access to information and literature since the mid-nineteenth-century (Public Libraries Act 1850) in the UK and now this facility is gradually disappearing from our towns and cities.

Without libraries, many children and adults will not have the opportunity to read books and learn about things that they otherwise wouldn't. EDUCATION, EDUCATION. One of the reasons in which the Public Libraries Act was introduced extensively in the first place.

My picture today is from an old book that I have in my collection, that was published back in 1910 by T.C. & E.C. Jack of Edinburgh. The page is promoting other publications by the same publisher and it makes me feel sad that many of our children in the future may not be able to access any literature old, or new. 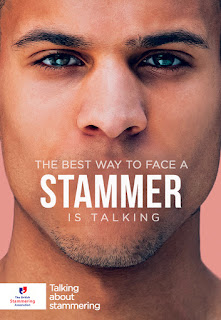 Saturday, October 22nd, was 'International Stammering Awareness Day' and although the day has been and gone there's never a bad time to talk about stammering. The campaign itself wants to remove the stigma that is attached to stammering by talking openly about it. I personally stammered badly as a child and I therefore know that you are treated differently and sometimes very badly.

The sad thing is that I wasn't any different from my friends and classmates, I just took a little longer than them to say what I had to say.  That doesn't mean I should have been bullied, mocked, or even dismissed as though what I had to say wasn't worth listening to.

All that someone who stammers wants, is that they are listened to. Listened to in the same way as others are. Don't try to finish their words, or sentences, just be patient.

I found that while some kids mocked, it was the adults that were apt to dismiss me. So, if the adults get it wrong what chance do the kids have? Therefore, education is key here and the only way we can remove this unjust stigma is to talk about it.
http://www.stammering.org


Posted by Christina Rowell Author at 02:22 No comments: 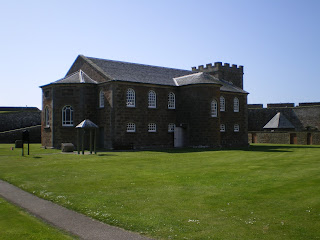 Fort George, lies eleven miles, north-east of Inverness, Scotland and was built by King George II to defend his army from the Jacobites, following the defeat of Bonnie Prince Charlie at Culloden in 1746.


The fort which took twenty-two years to build, is the largest fortification in Europe and is currently  barracks to the, Black Watch (3 Scots) battalion as well as a tourist attraction.

I visited there a couple of years ago and I could see why the location was chosen. Hidden from the road behind large grass covered mounds, the fortress sits high above Scotland's largest firth, the Moray. Enabling the army within its walls to defend itself from rebellers approaching by land and sea.


The ramparts overlooking the estuary these days are used by tourists hoping to catch sight of dolphins and whales in the inlet, rather than defending the army inside. Therefore,  the Ministry of Defence is now considering the fort's future, in order of a cost cutting exercise.


Will the drawbridge lift for a final time soon? I hope not for the seven hundred and fifty local people whose livelihoods depend on it and the fact that two hundred and fifty years of Scottish history could be entombed indefinitely.

Posted by Christina Rowell Author at 00:34 No comments: 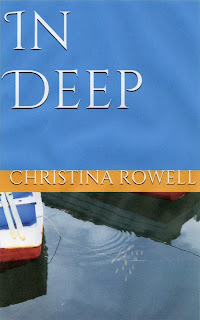 Yesterday was another exciting day for me, when I published my new eBook of poetry. It was certainly a new challenge for me as I haven't self-published before and at times it was a little frustrating. But, it all came good in the end. (Fingers crossed)

I am particularly pleased with the cover as this is one of my own photographs which I took around twenty years ago, while in Crete, Greece.

The poems themselves are a mixed bunch and topics from Halloween to Love are amongst the collection. Therefore, I hope that there is something there for everyone to enjoy.

Posted by Christina Rowell Author at 03:59 No comments: 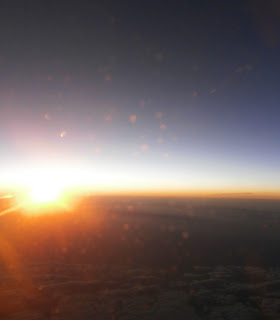 As the sun disappears into the horizon of the west
Anticipating where to view it at its best
The reddish hue colors the sky
A fiery pleasure it is to the eye
Miss it today we need not fret
Tomorrow, another day will dawn
And once more at the end the sun will set
Posted by Christina Rowell Author at 02:56 No comments: 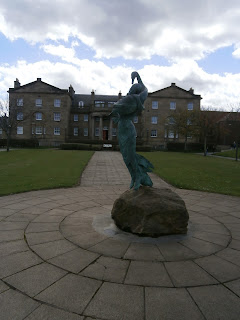 Over the weekend we the public have heard accusations of abuse and sexism against women being hurled between politicians. In my opinion, it all can become a little tiring and even prevent individuals from voting at all.

Therefore, I did find it particularly pertinent  that one hundred and thirteen years ago, Emmeline Pankhurst founded the, Women's Social and Political Union, which campaigned for women's suffrage.

Without women like Emmeline, the female population would be spending their lives barefoot, pregnant and chained to the kitchen sink. They would have no right to choose who they wish to run their country.

This of course wouldn't mean that women would solely lose out. Society as a whole would, as we can all be discriminated against. We need to remember that equality shouldn't be exclusive to one group as we are all gifted, talented, creative and resourceful in our own way.


Posted by Christina Rowell Author at 04:35 No comments: 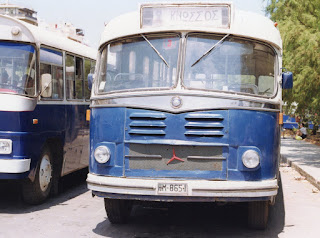 It's, World Smile Day, today and having felt a bit under the weather over the last couple of days, I was feeling more miserable than smiley. However, reminiscing about places I've visited, is something that does bring a smile to my face. 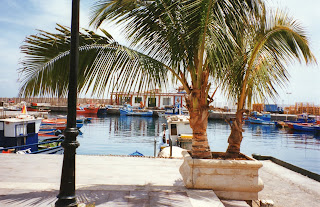 Therefore, I decided to start something that I have been planning to do for weeks and that is to put all my photos onto my computer. Yesterday, I managed to scan five hundred which does seem like a lot, but it is a rather laborious job and I've probably got around another three thousand plus to scan. 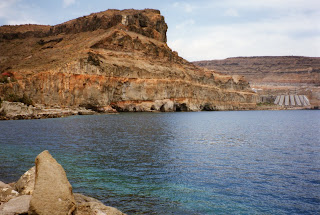 It will be worth it in the long run though, as you'll know if you visit my blog regularly that I do like to include some photos in my posts and I would rather use my own, than stock. I have included a couple today, that way you get a little taste of what may appear on this page in the future.

I hope you find something to smile about today, no matter how little. It's good for the soul.
Posted by Christina Rowell Author at 03:11 No comments: 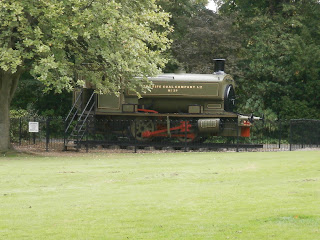 On October 5th, over 100 countries will celebrate World Teachers Day. This year the theme of this annual event is "Valuing teachers, improving their status."

Personally, I'm unable to comprehend why this profession is so undervalued and constantly criticized. Without teachers we wouldn't have world leaders, doctors, chemists, and lawyers, to name a few occupations that are an important part of our society.

Without education it's also unlikely we would have cars, trains, aeroplanes, or even the fuel that is needed to power these means of transport.

We know that in countries where education is not wide-spread, there is a culture of fear and inequality. Is this the world we would want to live in. I for one, no.

So thank you teachers for your contribution.

You may also like to read bit.ly/1rS1Oxx  #Teachers #education

Posted by Christina Rowell Author at 06:17 No comments: