A Prayer for Liberty and Peace 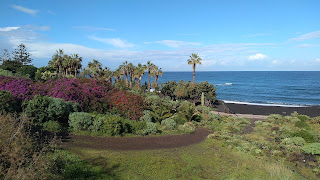 Today is, International Women's Day, and one woman I admire, is poet, Phillis Wheatley. I chose this amazing woman for many reasons.

Phillis was born in West Africa, on May 8 1753, which is only 965 miles, from the Canary Island I call home. At the age of 7 or 8 Phillis was kidnapped to be sold for slavery. Humans were and still are a lucrative cargo, then in the hands of the greedy slave traders and now to the exploitative human traffickers. Last year 9255, illegal migrants of African descent, many of them Senegalese, as Phillis was, arrived in the Canary Islands.

Sold to the, Wheatley family of Boston, USA, Phillis at an early age demonstrated her talent for writing poetry. Considering she was not writing in her first language it was a wonderful achievement not only to be published, but also to be one of the first, if not the first African/American to publish a book of poetry.

The poem of Phillis's I have chosen to feature today is about war, something which is at the forefront of the minds of the world today.

This poem also celebrates the end of war. Something, that I pray, Ukraine and the African countries which are also being consumed by conflict at this time, will be able to do very soon.

Her Port describ’d, “She moves divinely fair,
“Olive and Laurel bind her golden hair.”
She, the bright Progeny of Heaven, descends,
And every Grace her sovereign Step attends;
For now kind Heaven, indulgent to our prayer,
In smiling Peace resolves the Din of War.
Fix’d in Columbia her illustrious Line,
And bids in thee her future Councils shine.
To every Realm her Portals open’d wide,
Receives from each the full commercial Tide.
Each Art and Science now with rising Charms,
Th’ expanding Heart with Emulation warms.
E’en great Britannia sees with dread Surprize,
And from the dazzling Splendor turns her Eyes!
Britain, whose Navies swept th’ Atlantic o’er,
And Thunder sent to every distant Shore:
E’en thou, in Manners cruel as thou art,
The Sword resign’d, resume the friendly Part!
For Galia’s Power espous’d Columbia’s Cause,
And new-born Rome shall give Britannia Law,
Nor unremember’d in the grateful Strain,
Shall princely Louis’ friendly Deeds remain;
The generous Prince th’ impending Vengeance eye’s,
Sees the fierce Wrong, and to the rescue flies.
Perish that Thirst of boundless Power, that drew
On Albion’s Head the Curse to Tyrants due.
But thou appeas’d submit to Heaven’s decree,
That bids this Realm of Freedom rival thee!
Now sheathe the Sword that bade the Brave attone
With guiltless Blood for Madness not their own.
Sent from th’ Enjoyment of their native Shore
Ill-fated, never to behold her more!
From every Kingdom on Europa’s Coast
Throng’d various Troops, their Glory, Strength and Boast.
With heart-felt pity fair Hibernia saw
Columbia menac’d by the Tyrant’s Law:
On hostile Fields fraternal Arms engage,
And mutual Deaths, all dealt with mutual Rage;
The Muse’s Ear hears mother Earth deplore
Her ample Surface smoak with kindred Gore:
The hostile Field destroys the social Ties,
And ever-lasting Slumber seals their Eyes.
Columbia mourns, the haughty Foes deride,
Her Treasures plunder’d, and her Towns destroy’d:
Witness how Charlestown’s curling Smoaks arise,
In sable Columns to the clouded Skies!
The ample Dome, high-wrought with curious Toil,
In one sad Hour the savage Troops despoil.
Descending Peace the Power of War confounds;
From every Tongue coelestial Peace resounds:
As from the East th’ illustrious King of Day,
With rising Radiance drives the Shades away,
So Freedom comes array’d with Charms divine,
And in her Train Commerce and Plenty shine.
Britannia owns her Independent Reign,
Hibernia, Scotia, and the Realms of Spain;
And great Germania’s ample Coast admires
The generous Spirit that Columbia fires.
Auspicious Heaven shall fill with fav’ring Gales,
Where e’er Columbia spreads her swelling Sails:
To every Realm shall Peace her Charms display,
And Heavenly Freedom spread her golden Ray.


Posted by Christina Rowell Author at 06:11 No comments: