A couple of days before I took my recent trip, I was busy finishing off some edits on my current project and I came to the conclusion that there was just that little something missing. A little something that would gel the whole story together.
For the life of me I just couldn't think what and although I knew it was a good idea to try and forget about it for a while, it just kept niggling away at me in the early days of my vacation.
I don't know if it was the sandy beaches, the crystal clear waters, or watching the boats and yachts sail into the Marina Del Sur, but I'm glad to inform you that the missing link has now been written and I can breath a sigh of relief. 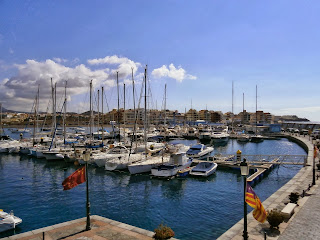 Marina Del Sur﻿
Of course it may have been the prayer I said to the Black Madonna, the patron saint of Tenerife that did the trick.

Posted by Christina Rowell Author at 01:40 No comments:


Folklore inspires me and so when I go on vacation I try to immerse myself in it. Not just in the material I read, but by searching for places of interest to visit.
﻿

I've just returned from Tenerife, in the Canary Islands, Spain; a place which is a regular haunt of mine and many writers of all genres. Whatever makes you tick as a writer, or artist you'll find here. Fiction and non-fiction writers alike, will be inspired by its awesome landscape, botanical wonders, buildings of historical and religious importance. After all this is the island where Horatio Nelson lost his right arm. 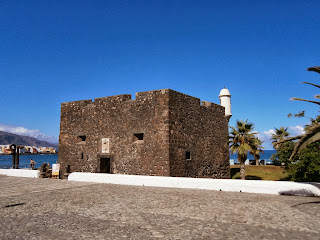 Castillo San Felipe, Puerto De La Cruz
Away from my normal base on the south of the island, I spent a few days this time round in Puerto De La Cruz, a ciudad in the Orotova Valley. Although it's a very popular tourist resort, it's jam packed with sites to visit and sights to see, all with a magnificent story to tell. 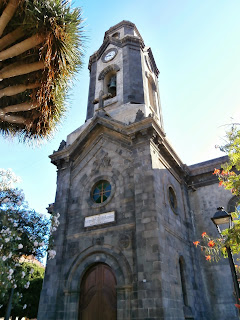 The journey both men made here would be very different from mine, but they were inspired just as I am with this fantasy island. 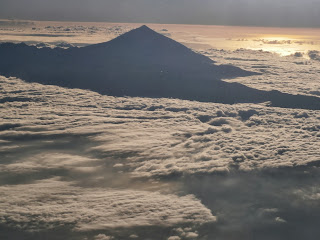 Leaving Tenerife and Mount Teide behind
﻿
﻿
Posted by Christina Rowell Author at 23:13 No comments: 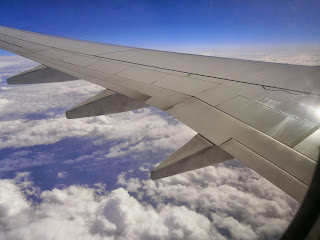 Okay I've kicked off my beach shoes, put on my slippers and swapped the sun lounger for a computer chair. I'm back.

Having deliberately taken a break from social media for the last two weeks, I managed to have a few days away to sunnier climes and I'm now raring to get working on a day to day basis again.

Yesterday I spent the day catching up with Twitter and reading some of my favourite blogs. When taking a break, time always seems to fly by even faster than it does normally and reading all that interests me in the social media scene, is a mammoth task. A task which would take me more than a day to do, but that's all I'm afraid I can spare it at present.

On Friday, I'll share some of my vacation escapades and snaps with you, so please drop by. Hugs to you all. Why ? Because I missed you. Come on, admit you missed me too!


This is my last post for a couple of weeks as I'm having a break from my normal schedule and going to spend some time recharging my batteries. Of course I will be writing, but nothing too taxing on my little brain.

Being a writer is like any other occupation, there are times you need to get away from your desk and have some fun. That's exactly what I'm going to do. Hooray! Fun for me includes lots of relaxation, because when I'm lying on a sun-lounger I can absorb myself in a fantasy world and come up with some fresh ideas. Or, think through ideas that I'm already toying with.

So hopefully the sun will oblige, because I prefer to use the umbrella to shade me from the sun, rather than the rain. But c'est la vie. Even if I don't get some rays it will be nice to spend quality time with family and friends. So guys, time to sign off. Adios! amigos. 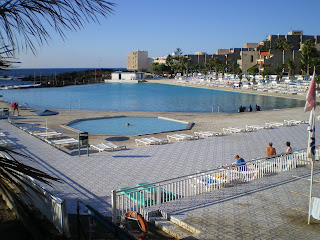 And maybe a dip in the pool!
Posted by Christina Rowell Author at 00:11 1 comment: