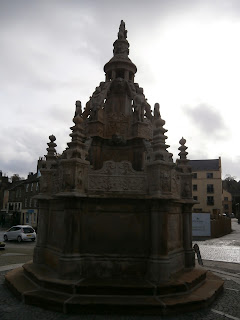 There are things that we see on a regular basis and for some reason we never take any real notice of them and one such thing that I haven't taken a great deal of note of, is the Cross Well, in the Royal Burgh of Linlithgow. I've featured Linlithgow's, loch and the palace on several occasions, but, for some reason I've just walked on by the well. 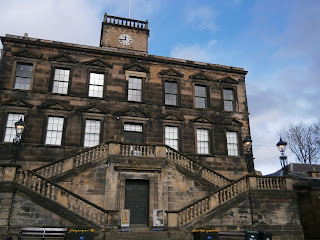 It most certainly isn't a new guy in town, the stone carved crown which sits outside the Burgh Halls,  is kind of hard to miss. The original Cross Well, was a dipping well which also provided the town's folk with their water supply and was erected in 1535. 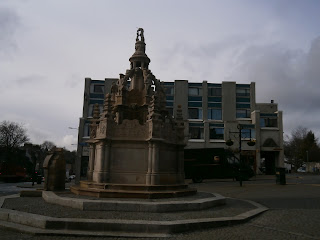 Linlithgow witnessed many bitter battles, as Scotland struggled to save its national sovereignty. The well was damaged on the arrival of Oliver Cromwell's, Roundhead troops, after defeating the Scots at Dunbar in 1646.

Restoration was undertaken in 1660, by order of Charles II and what stands on the site today is said to be a replica of this, carved in the 19th Century. Recently, it has went under restoration and the water is now again running, interestingly a time capsule has been inserted. What ever happens in the future, the residents of Linlithgow will get a glimpse of their past.

Posted by Christina Rowell Author at 00:12