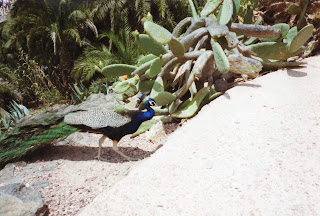 The last week I've been trying to get my life back into some resemblance of normal. Yes, I wake up in the morning and have a plan for the day. However, the simplest of tasks seem to take forever and my imagination makes mountains out of molehills.

Take Friday past for example, it was the first time I had ventured outside since my accident, other than going to the hospital for check-ups. Now, I was very excited about this outing, because I was going to the hairdressers. Something that I normally do every four weeks, but it had been eleven weeks since I had visited and I had taken on the trait of a vampire in this time. No, I wasn't biting necks, drinking blood, or light was passing through my body, but I was avoiding mirrors.

My appointment was made for ten o'clock and for a week in my mind I had been planning my outing. Firstly, going out in public with my now very grey hair was a concern. Wearing a paper-bag with holes cut into it for my eyes was an option. A stupid option sure, but it was an option.

Seriously though, I was rather anxious about the two stairs that I needed to negotiate to enter the main area of the salon. In my mind the stairs were fairly steep and I couldn't remember as to whether there was a handrail, or not.

After a short walk from where the car was parked, which was another new experience, I entered the salon. Did I have a mountain to climb to get my long awaited cut and dye. No, it was all in my imagination, I now feel a new woman and I'm strutting like a peacock.

Posted by Christina Rowell Author at 04:07