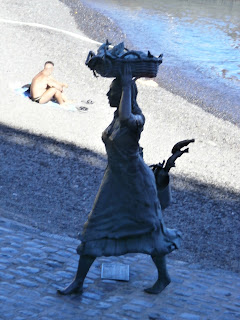 One hundred and twenty-four years ago this week the self-governing, British colony of New Zealand granted women the right to vote. The first country in the world to recognise that women were equal to their male counter-parts.

I am certainly no feminist but I do believe that all humans are equal and for many of us the fight goes on not just to be given a vote, but to be treated equally.

Posted by Christina Rowell Author at 00:31