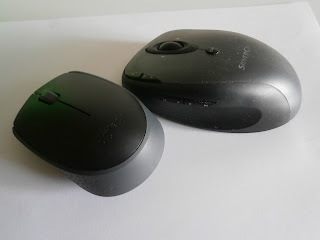 "Many of life's failures are people who did not realise how close they were to success when they gave up."
Thomas Edison

Thomas Edison made around 1000 attempts at inventing the commercially viable light bulb before he was successful. However, as human beings we're very vulnerable to the feeling of failure.   Therefore, we hold back from trying something new, giving up when we believe that our creation is no longer worth the time and effort, or abandon our project because we are overcome by a feeling of hopelessness.

There have been many inventors who gave up on their inventions and if they hadn't, life could have been very different for them. There wouldn't just have been the financial gain from their royalties, they would have received the recognition they rightly deserved.

Two examples of inventors who gave up are, Mary Anderson and Douglas Engelbart. Mary invented the prototype of the windshield wiper in the early 20th century (1902) and Douglas, was the man behind the computer mouse (prototype-1964). Both designers stories are similar, due to lack of interest and investment they allowed their patents to expire.

Earlier this month the inventor of the Baygen Clockwork Radio and many devices for the disabled, Trevor Baylis, died at the age of eighty years. He started a company, Trevor Baylis Brands, to help inventors develop and protect their rights.

He was an ardent campaigner against the theft of intellectual property, something that can be a cause of concern for writers, as copyright is included in this category of intangible property.

As writers we have so much in common with inventors and it is impossible to tell when we are very close to success. So never give up.

Posted by Christina Rowell Author at 00:50