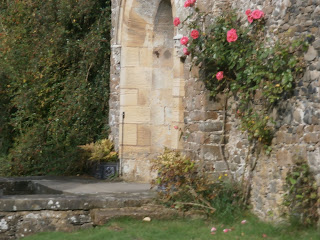 This weekend it's International Women's Day 2020, a time to celebrate the achievements of women worldwide. On researching great women I came across one lady I didn't know a whole lot about. She is Ada Lovelace, the daughter of Lord George Gordon Byron the British romantic poet a name that most of us who have an interest in the literary world will recognize. Why is Ada a woman we should know more about? Because her dad is famous? No, Ada Lovelace's life deserves to be celebrated with all those other great ladies in the world because of her contribution to computing.

Augusta Ada Byron (1815-1852) was brought up single-handed by her mother after her marriage to Lord Byron broke down shortly after the birth of their daughter and he left for abroad. Lady Anne Isabella Milbanke Byron knew the importance of education and made sure that her daughter received the best. Ada proved to be a gifted scholar and especially talented in mathematics under the mentorship of Charles Babbage.

Mathematician, and inventor, Charles Babbage, is known as the 'father of computing' due to his invention of the Analytical Engine, a proposed general-purpose computer. His young student Ada's contribution to his programmable computing device saw her being recognized as the 'first computer programmer.' A great accomplishment for anyone in itself, but for a woman in the 19th century when women were not treated as equals she deserves to be honored and that's why am writing this today. #EachforEqual #IWD2020

Unfortunately, Lord Byron never saw his daughter again after leaving England, but she was in his heart when he wrote this verse about her in, Childe Harold's Pilgrimage, Canto III.


Is thy face like thy mother's my fair child!
Ada! sole daughter of my house and heart?
When last I saw thy young blue eyes they smiled
And then we parted, ..... not as now we part
But with a hope
Posted by Christina Rowell Author at 05:02